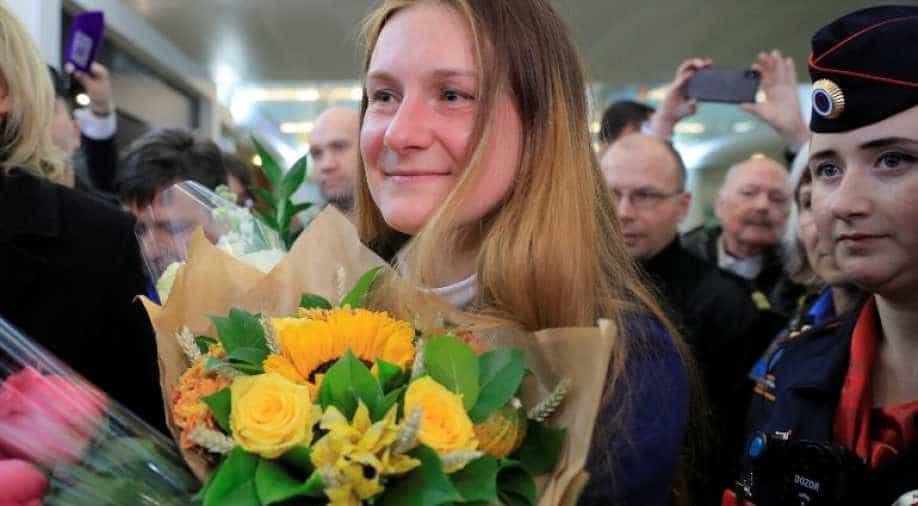 Convicted Russian agent Maria Butina, who was released from a Florida prison and then deported by US immigration officials, holds flowers upon her arrival at Sheremetyevo International Airport outside Moscow, Russia October 26, 2019. Photograph:( Reuters )

Butina will be hosting a show called "wonderful Russia bu-bu-bu" where bu roughly translates to blah in English.

After being convicted by the United States for being a Russian agent interfering with its internal affairs. Maria Butina has got a new job.

She will be hosting a show for Russia's state-owned network RT.

In a promotional video, Butina can be seen wearing a t-shirt with the words 'foreign agent' written on it.

Butina will be hosting a show called "wonderful Russia bu-bu-bu" where bu roughly translates to blah in English.

Interestingly, the title appears to parody a catchphrase used by Russian opposition leader Alexei Navalny, who talks of the “wonderful Russia of the future” when president Vladimir Putin is no longer in power.

Butina- a gun-rights activist was convicted of conspiring to act as an agent for a foreign state in the US She was deported to Russia earlier this year.

She was imprisoned for more than 15 months in the US.

31-year-old Butina had pleaded guilty in a US Court to conspiring to act as an agent for Russia by infiltrating a gun-rights group and influencing republicans during the 2016 presidential election.