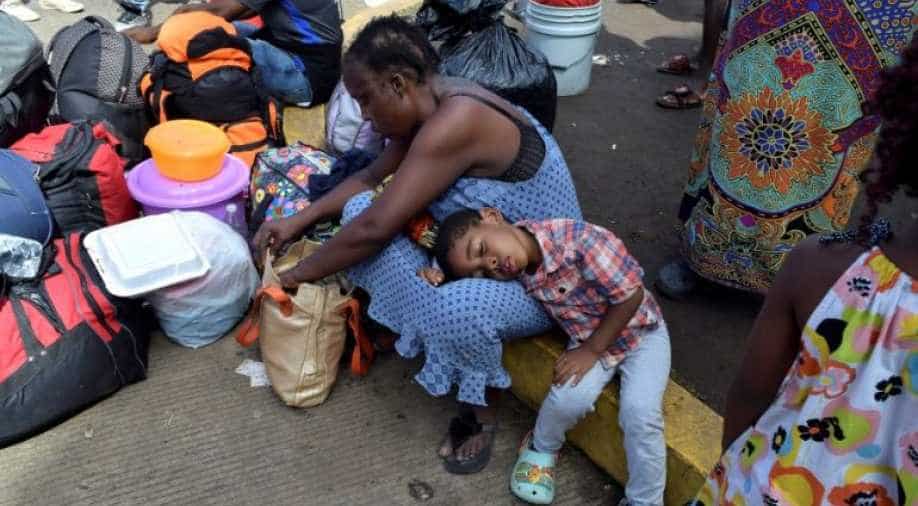 The German-flagged Alan Kurdi, which has 65 migrants on board, decided on Saturday to change course for Malta after a standoff with the Italian government.

Migrants on board a German rescue ship refused entry into Italy will be taken to a Maltese port before being relocated to other European states, Malta's prime minister said on Sunday.

The German-flagged Alan Kurdi, which has 65 migrants on board, decided on Saturday to change course for Malta after a standoff with the Italian government.

It is the latest of several vessels carrying migrants that have faced problems trying to dock in an Italian port in the past couple of weeks.

Italy's migration policy has led to clashes between NGOs and Italian authorities over rules that effectively close off the country's ports to their boats.

In a tweet on Sunday, Maltese Prime Minister Joseph Muscat said following talks with the European Commission and Germany the 65 migrants on the ship would be transferred to one of its boats and brought to a Maltese port.

"All rescued persons on board will be immediately relocated to other EU member states," he said, adding that none of the migrants would remain in Malta.

German interior minister Horst Seehofer welcomed the development in a statement, saying 94 of 123 migrants from ships that were allowed to land in Malta would be shared among EU member states. "In the spirit of European solidarity, we will take up to 40 of them."

Italy's coalition government, which includes the right-wing League, has been blaming European partners for leaving it to deal with sea arrivals alone.

New rules were adopted last month threatening NGO ships entering Italian waters without permission with a fine of up to 50,000 euros and the impounding of their vessels.

On June 29, Italian police arrested the German captain of the Dutch-flagged Sea-Watch 3, operated by a German charity, after the vessel docked at the island port of Lampedusa though she was later released.

Earlier on Sunday, 41 migrants on another rescue boat were taken ashore at Lampedusa despite repeated warnings from Italy's interior minister Matteo Salvini they would not be allowed to disembark.

Salvini, head of the ruling League party and also deputy prime minister, has taken a tough line against migrant rescue ships and accuses other EU countries of not doing their share.

Salvini responded angrily when Germany's Seehofer asked him in a letter to rethink his closed ports policy.

"Dear German government, I'm not reopening the ports ... if anything we're going to put ... (the migrants) in a car and take them to the German embassy," Salvini said in a video on his Facebook page.

In a tweet on Sunday Germany’s Europe minister Michael Roth thanked Malta over the Alan Kurdi. "What we need is a sustainable European solution based on solidarity, humanity & efficiency. We must act right now,” Roth said.

Italy has been one of the main targets for migrants looking to get to Europe through North Africa, especially from Libya.

A poll published in Italy's Corriere Della Sera on Saturday said 59% of Italians were in favor of shutting Italian ports to migrants and NGO vessels.

But there are signs of tension in the ruling coalition, where the League governs alongside the populist 5-Star Movement.

On Saturday, Salvini said on his Facebook page he "felt lonely" and called on fellow ministers to help more over migrants, singling out the Defense Ministry and the Treasury.

The Treasury said it had been closely following things and had done everything to try and impose the ban on vessels entering Italian waters and docking.

The Defense Ministry, which oversees the navy, was reported by the Italian media as saying it had offered Salvini's ministry assistance in recent days.