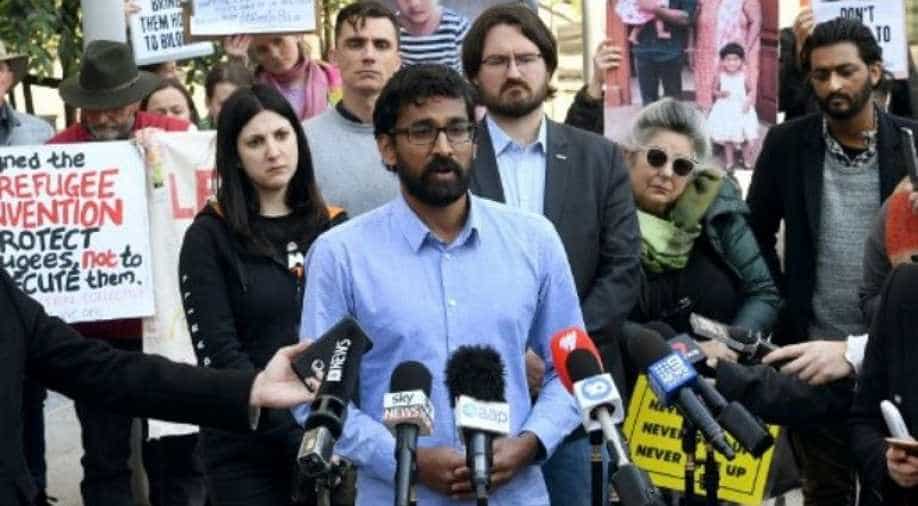 Hundreds of Australians joined rallies Sunday urging the government not to deport a Tamil family of four -- including two Australian-born toddlers -- whose case has become a new flashpoint over immigration policy.

The family -- who are fighting to remain in Australia because they fear persecution in Sri Lanka -- were moved to the Christmas Island detention facility overnight on Saturday after a judge blocked a government attempt to deport them.

With an injunction on further government action due to expire Wednesday, Australians gathered in cities and towns across the country to oppose their deportation, many of them chanting "let them stay".

In Melbourne, where the family spent almost 18 months in detention, up to a thousand people turned out, while in central Sydney police estimated the crowd size at approximately 600 people.

The family has received broad public support, led by their neighbours in a small rural Queensland town, including unexpected backing from some right-wing commentators and politicians.

Opposition leader Anthony Albanese said he had raised the case directly with Prime Minister Scott Morrison, urging him to "listen to what the community are saying and saying so strongly".

"This is publicly funded cruelty on behalf of a government that really has lost touch and has lost its way," he told reporters in Sydney.

"We can have, very clearly, strong borders without losing our humanity."

The conservative government's hardline immigration policies include turning away refugees arriving by boat and de facto offshore detention, both measures condemned by the United Nations.

Home Affairs Minister Peter Dutton has insisted the parents -- who arrived in Australia by boat separately in 2012 and 2013 seeking asylum -- are not refugees and do not deserve protection.

The two girls, Kopika, aged four, and Tharunicca, aged two, were born in Australia but do not have citizenship. They have never been to Sri Lanka.