The leaked document called the 'Karakax list' comprises of an official list of detainees shows how Beijing is tracking every face, every family and every movement of the Uighurs.

China detained Muslim minority Uighurs for beards, wearing veils, visiting foreign countries and having "too many" children websites, according to a newly revealed database.

The database known as the ''Karakax list'' exposes in extraordinary detail the main reasons for the detentions of Uighurs.

Also see: A day in the life of China’s persecuted Uighur community

The 137-page Chinese document has been leaked to Deutsche Welle News, along with German broadcasters NDR and WDR and newspaper Süddeutsche Zeitung.

The official list of detainees shows how Beijing is tracking every face, every family and every movement of the Uighurs. 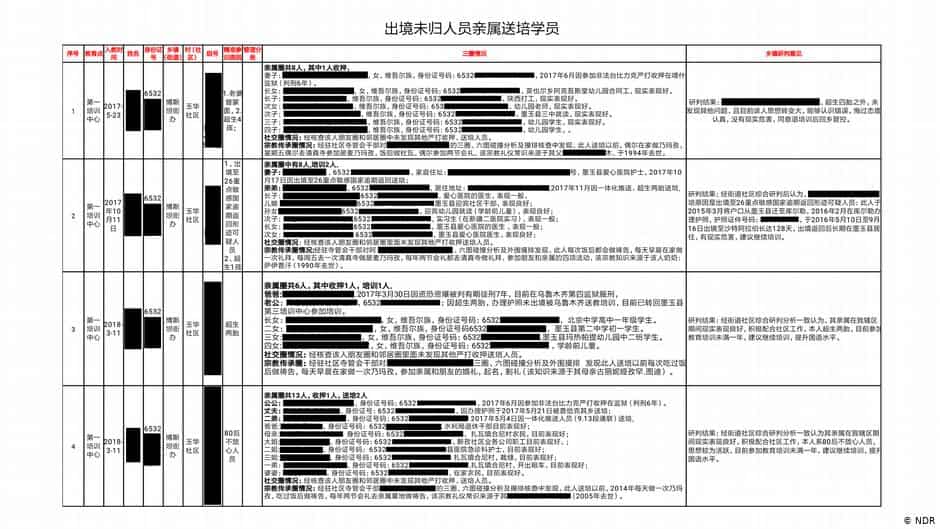 The leak has information on why people are detained while revealing that Chinese authorities are using high-tech surveillance and sheer manpower to keep track of identities, locations and habits of individual Uighur Muslims.

The list of detainees records the fate of 311 people who were sent off to "re-education" for the most harmless things: growing a beard, fasting, installing foreign software, clicking on a link to a foreign website or applying for a passport.

All of them are being detained in detention centres on the edge of Xinjiang's Taklamakan desert.

On the database, detainees and their families are tracked and classified by rigid, well-defined categories.

Households are designated as “trustworthy” or “not trustworthy,” and their attitudes are graded as “ordinary” or “good”.

Families have “light” or “heavy” religious “atmospheres”, and the document keeps count of how many relatives of each detainee are in prison or have been sent to a “training centre”.

Officials used these categories to determine how suspicious a person was, even if they had not committed any crimes.

Other reasons listed for internment include “minor religious infection”, “disturbs other persons by visiting them without reasons”, “relatives abroad”, “thinking is hard to grasp” and “untrustworthy person born in a certain decade”.

The database also emphasises that the Chinese government focused on religion as a reason for detention.

The leak of the database follows the release in November last year which revealed how the mass detention system worked.

The blueprint which had been obtained by the International Consortium of Investigative Journalists (ICIJ), showed that the centres were in fact forced ideological and behavioural re-education camps run confidentially.