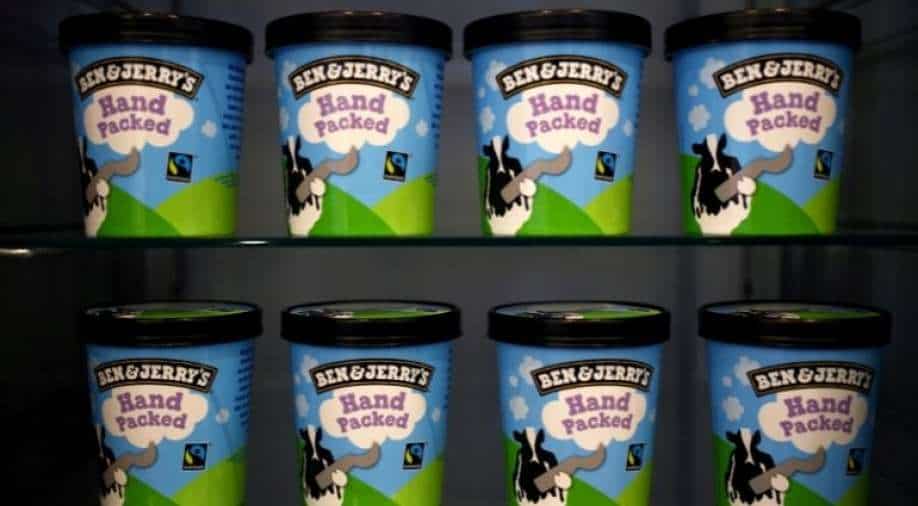 Tubs of Ben & Jerry's ice cream, a Unilever brand, are seen at their shop in London, Britain, October 5, 2020 Photograph:( Reuters )

Prime Minister Naftali Bennett's office claimed that he spoke with Unilever CEO Alan Jope about the "glaring anti-Israel measure" by the ice cream maker with its refusal to continue operations in Palestinian areas.

"From Israel's standpoint, this action has severe consequences, legal and otherwise, and it will move aggressively against any boycott measure targeting civilians," Bennett reportedly told Jope.

On Tuesday, Israel warned Unilever of "severe consequences" and urged US states to invoke anti-boycott laws.

The announcement by Ben & Jerry's came in on Monday after the company faced increasing pressure over its business with Israel and Jewish settlements in the West Bank, which was handled through a licensee partner since 1987.

The ice cream maker had announced plans to not renew the license once it expires at the end of 2022. Additionally, the company hopes to stay in Israel under a new arrangement which bars sales in West Bank where Palestinians seek statehood.

Israel's settlements are seen as illegal by many governments around the world. But Israel disputes the notion based on historical links to the land and the security situation. The country has penalised anti-settlement measures under Israeli law while getting legal protection in many US states.

Unilever, a British company, has not responded to Israel's statement yet.

35 states in the US legislated against boycotting Israel. The country's ambassador to US , Gilad Erdan said that he has raised the matter of ice cream with governors of these states in a letter.

"Rapid and determined action must be taken to counter such discriminatory and anti-semitic actions," the letter read.