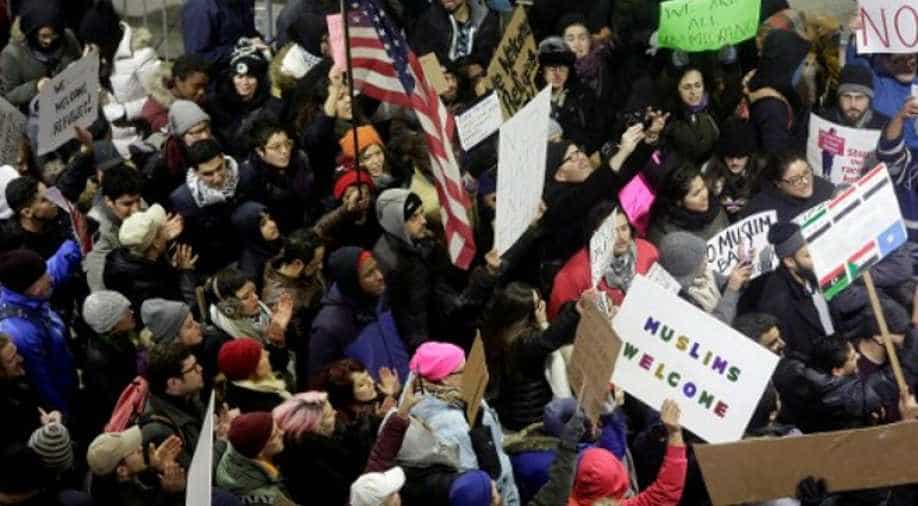 Iraqi lawmakers voted Monday to call on the government to enact a reciprocal travel ban on Americans if Washington does not withdraw its decision to ban bar Iraqis, officials said.

The call is a response to President Donald Trump's executive order barring citizens of Iraq, Iran, Syria, Sudan, Somalia, Libya and Yemen from entering the US for at least 90 days, a move he billed as an effort to make America safe from "radical Islamic terrorists".

Parliament called on the Iraqi government to "respond in kind to the American decision in the event that the American side does not withdraw its decision", a parliamentary official who was present for the vote told AFP.

"Parliament voted by majority on calling on the Iraqi government and the foreign ministry to respond in kind," MP Hakim al-Zamili said.

Sadiq al-Laban, another lawmaker, confirmed that "the vote was for a call on the government" to enact reciprocal measures.

"We are against this stance from the new administration," Laban said, adding: "We hope that the American administration will rethink... this decision."

Trump's decision led to the detention of incoming refugees at US airports, sparking protests, legal challenges and widespread condemnation from rights groups.

The travel restrictions, which come on the heels of repeated assertions by Trump that the US should have stolen Iraq's oil before leaving in 2011, risk alienating the citizens and government of a country fighting against militants the president has cast as a major threat to America.