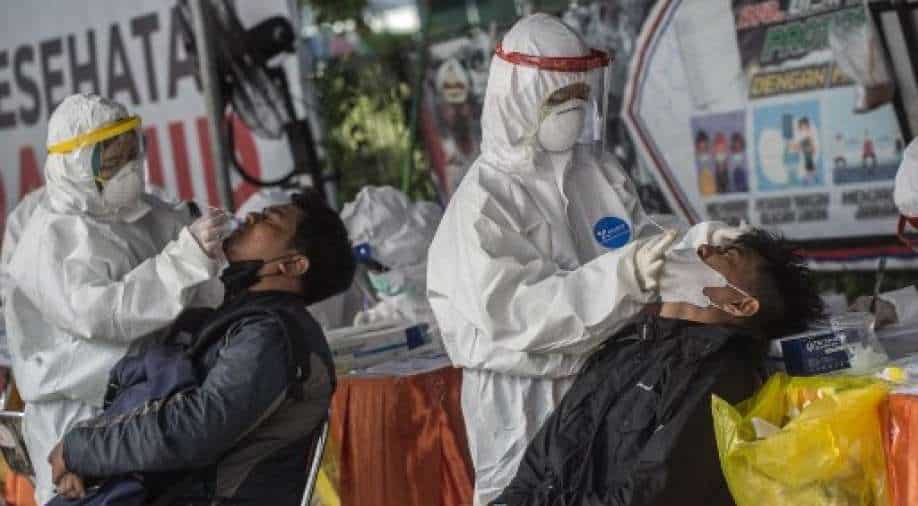 Authorities say 11.57 million citizens have received two shots of the vaccines in a country of 181.5 million.

Indonesia's health minister said on Monday Delta variant was dominant in several areas in the country with some regions reporting hospitals filled to capacity due to the virus surge.

Coronavirus cases have reportedly shot up in Java and Sumatra as hospital capacity in Kudus in central Java hit 90 per cent with several thousand cases reported after a major religious festival.

The vaccination drive in the country has been hampered with slow inoculations even though President Joko Widodo said he hoped the country's vaccination rollout will hit one million shots a day by July.

The number of coronavirus cases increased after the Eid al-Fitr festival in May as people travelled across the country to visit their loved ones.

The country had reported 1.87 million infections and 51,990 fatalities which is one of the worst rates of virus in Asia.

Last week authorities had opened vaccinations for those over 18 in an attempt to stop the spread of the virus.

Authorities say 11.57 million citizens have received two shots of the vaccines in a country of 181.5 million. Health officials have been using China's Sinopharm and Sinovac vaccine including AstraZeneca.

The country's economy shrank for the  fourth consecutive quarter in the January-March period due to the coronavirus crisis with the tourism sector the worst-hit even though the government had announced a $48 billion in stimulus, however, millions lost jobs as businesses shut and laid-off workers as the economy struggled to gain momentum