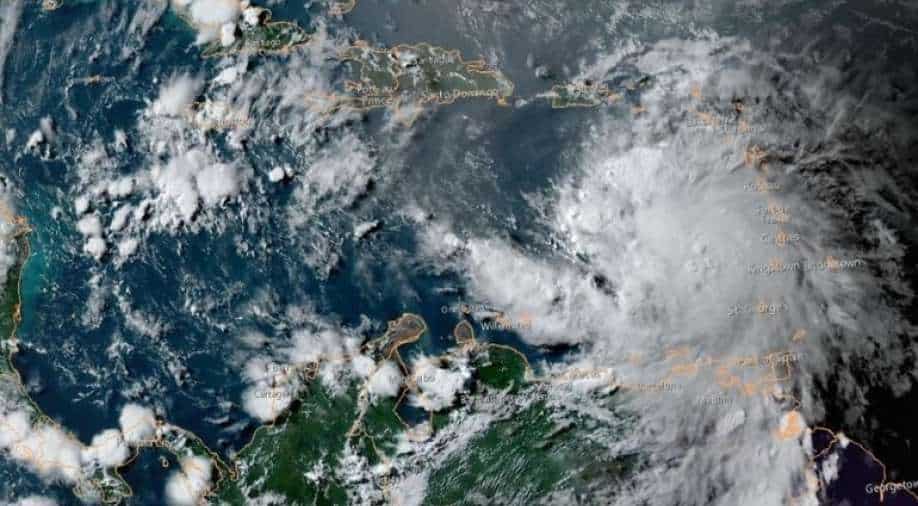 At 8:00 am (1200 GMT), it was just south of Hispaniola, which is made up of Haiti and the Dominican Republic, and moving northwest at 31 mph, the US National Hurricane Center (NHC) said.

"On the forecast track, Elsa will move near the southern coast of Hispaniola later today and tonight, and move near Jamaica and portions of eastern Cuba on Sunday," the NHC said.

"By Monday, Elsa is expected to move across central and western Cuba and head toward the Florida Straits."

In Haiti, authorities raised the alert level to the maximum red on Saturday morning, warning the entire country to remain vigilant.

"Strong gusts of wind ranging from 118 to 130 kilometers (73 to 81 miles) per hour and dangerous sea conditions that could cause severe flooding, flash floods, landslides, mudslides and coastal flooding are possible, especially in the southern part of the country, as this cyclonic system approaches and passes through today," Haitian civil protection authorities announced.

Officials in the impoverished country have voiced fears that they lack emergency supplies such as food and water.

The government recently had to use a good part of its emergency resources in another crisis: the evacuation of thousands of people from their homes in Port-au-Prince because of raging gang violence.

Many of these people are staying in gyms, schools or other public buildings, and some supplies originally earmarked for the hurricane season have been used to support them, said Jerry Chandler, director of the Haitian civil protection agency.

Authorities want to ship emergency supplies to the southern coast, which is most threatened. But heavily armed gangs control part of the only road leading from the capital to the south and are allowing nothing through.

To reach these threatened areas, Chandler said, "we have to go through red zones," referring to gang-held territory.

In 2016, Hurricane Matthew killed more than 500 people in southern Haiti and caused nearly $2 billion in damage.

Rainfall, storm surges and strong winds from Elsa could affect the Florida Keys and parts of the Florida peninsula early next week, but this depends on how the storm behaves after it hits large Caribbean islands, the NHC said.

The storm system's projected path has it near the Keys by 2:00 am on Tuesday, then moving up Florida's Gulf Coast before turning northeast toward the state's most populous city, Jacksonville.

Hurricane-related weather would be bad news for the Florida town of Surfside, near Miami, where rescuers are trying to dig out a collapsed condo building in search of survivors and bodies.

Elsa is expected to fall below hurricane status on its approach to the Florida peninsula but could regain strength.

The state expects to have 2.6 million drivers on the roads during the July 4 holiday weekend, according to South Florida's Sun-Sentinel newspaper, citing the AAA auto club.

"I would say at this point, with a tropical storm being forecast, it isn't unreasonable for South Floridians to be ready for the potential of a Category 1 hurricane knocking on our door early next week," said Robert Garcia, a meteorologist with the National Hurricane Center, according to the paper.

"It is something that can't be ruled out, and folks should be aware that's something we may have to prepare for here during the holiday weekend."