How Hong Kong contained its second wave of coronavirus transmissions 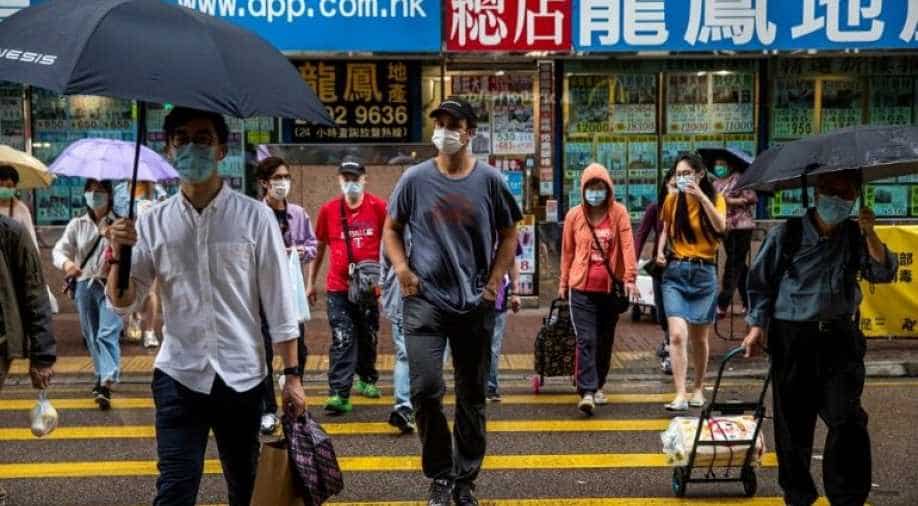 In total, Hong Kong has recorded only 15 new cases since April 20, all of which were people with recent travel history, bringing the city's total to 1,041 cases and four deaths.

The second wave of coronavirus now appears to have largely passed, and Hong Kong hasn't recorded a case of local transmission in more than two weeks.

The measures it has taken over the past few weeks can well serve as an example for the world on how to stem the second wave of coronavirus transmissions.

The government took quick, aggressive action to curb the second imported wave; they barred non-residents from entering the city, halted travellers from transiting through the city's airport, and implemented strict quarantine and testing measures on all arrivals to the city, regardless of origin.

Those under home quarantine were given electronic bracelets to track their location.

In measures also implemented in early February and March, the government had implemented restrictions like prohibiting alcohol sales in bars and closing all gyms and sports facilities. Many restaurants and cafes were closed; those that stayed open had to cut down seating capacity to increase the distance between customers, or put up physical barriers between tables.

Though many of these measures were viewed by some as drastic, authorities never ordered an official lockdown or stay-at-home order, relying instead on community efforts and peoples' compliance to contain the virus.

This approach appears to have worked, with new daily cases dropping once again. April 19 was the last recorded local transmission.

In total, Hong Kong has recorded only 15 new cases since April 20, all of which were people with recent travel history, bringing the city's total to 1,041 cases and four deaths.

Of these, 900 have recovered and been discharged from hospital.

The coronavirus first emerged in mainland China in December, and jumped the border into Hong Kong on January 24. By then, it had already made its way to several other countries.

Meanwhile, the government and the public in Hong Kong are now cautiously turning their focus to resuming life and business in the city, and transitioning from survival to healing.

On Monday, the government reopened recreational and sports spaces like tennis courts, resumed some services like drivers' license tests and classes, and resumed community services for vulnerable populations like the disabled and elderly.

Schools are still closed citywide, with students taking online classes -- but authorities are now considering the possibility of reopening schools for the last few weeks of the academic year, before summer vacation.

However, as the coronavirus subsides, there's another concern looming on the horizon now -- the return of social unrest. The city was rocked by six months of often violent pro-democracy anti-government protests in 2019, which came to a halt during the pandemic.

The protestors may gear up to return to the streets yet again.

There have already been a handful of small-scale protests in the past two weeks.

Another lesson to be learnt: there shouldn't be any social unrest awaiting the reopening of the state.