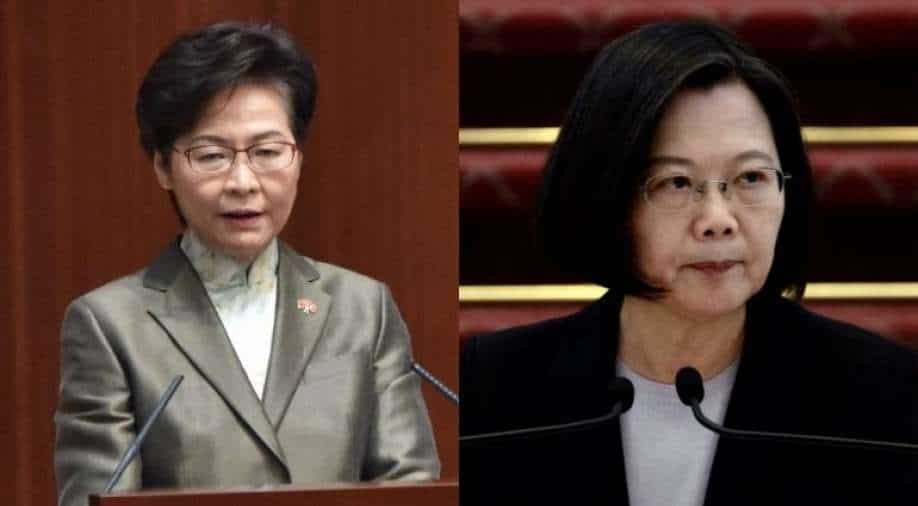 Tension between Hong Kong's Beijing-backed government and democratically-ruled Taiwan has risen since pro-democracy protests erupted in Hong Kong in 2019 and China responded by imposing a sweeping national security law in the city that prompted many activists to leave, some for Taiwan

The Hong Kong government said on Friday its suspension of operations at its Taiwan representative office was motivated by Taipei's "gross" interference in internal affairs, including with its offer to assist "violent" protesters, accusations Taiwan rejected.

Tension between Hong Kong's Beijing-backed government and democratically-ruled Taiwan has risen since pro-democracy protests erupted in Hong Kong in 2019 and China responded by imposing a sweeping national security law in the city that prompted many activists to leave, some for Taiwan.

On Tuesday, Hong Kong said it suspended operations at the Hong Kong Economic, Trade and Cultural Office, adding only that the decision was not related to the recent rise in coronavirus cases in Taiwan.

A spokesman for the Hong Kong government said in a statement on Friday that "in recent years, Taiwan has grossly interfered in Hong Kong's affairs on repeated occasions and created irretrievable damage" to cross-strait relations.

The statement singled out Taiwan's move last year to open an office in Taipei to help people who may want to leave Hong Kong following the imposition of the security law.

It said the office offered assistance to "violent protesters and people who tried to shatter Hong Kong's prosperity and stability" and called Taiwan's actions "provocative."

All staff members of the city's representative office in Taiwan have returned home, the statement said.

Taiwan's China-policy making Mainland Affairs Council said in response that China had forced the security law upon Hong Kong's people, bringing "catastrophe" to democracy and human rights in the city.

Like other democracies, Taiwan has supported Hong Kong's people in their "struggle for democracy and freedom", and the government provides humanitarian care and necessary services to Hong Kong people who come to Taiwan legally, it added.

Last year, Taiwan officials in Hong Kong were told their visas would not be renewed unless they signed a document supporting Beijing's claim to Taiwan under its "one China" policy.

Taiwan said this month there were only eight Taiwanese staff members left at its de facto consulate in Hong Kong, and that all their visas were due to expire this year.

China has proposed that Taiwan be brought under Beijing rule under a similar "one country two systems" arrangement it offered to Hong Kong when it returned to China in 1997.

All of Taiwan's main political parties have rejected the idea.