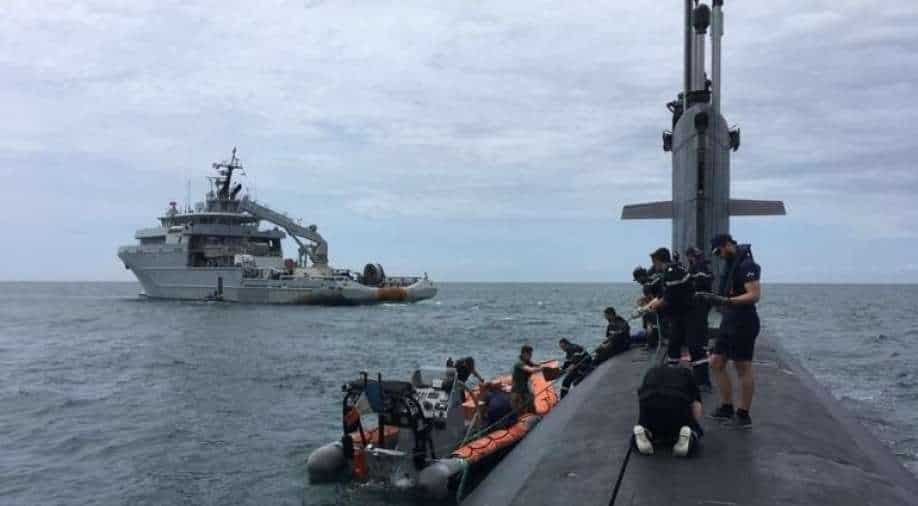 On Twitter, Defence Minister Florence Parly said late on Monday, the SNA Emeraude was accompanied by support ship BSAM Seine for the passage

In a move likely to anger Beijing, a French nuclear attack submarine was among two navy ships that recently conducted a patrol through the South China Sea, its defence minister announced.

China claims most of the strategic waters as its territory.

On Twitter, Defence Minister Florence Parly said late on Monday, the SNA Emeraude was accompanied by support ship BSAM Seine for the passage.

"This extraordinary patrol has just completed a passage in the South China Sea. A striking proof of the capacity of our French Navy to deploy far away and for a long time together with our Australian, American and Japanese strategic partners," she tweeted along with a picture of the two vessels at sea.

China lays claim to nearly all of the South China Sea while Taiwan, the Philippines, Brunei, Malaysia and Vietnam all also claim parts of the region, believed to hold valuable oil and gas deposits.

US warships occasionally carry out 'freedom of navigation' missions through or close to waters claimed by Beijing to stress Washington's rejection of those claims.

The USS John S McCain last week sailed near islands in the South China Sea claimed by Beijing and conducted a transit through the Taiwan Strait, prompting a warning from China.

NATO member France has exclusive economic zones in the Pacific around its overseas territories and has stressed the importance of defending freedom of navigation in the region.

"Why such a mission? To enrich our knowledge of this area and affirm that international law is the only rule that is valid, whatever the sea where we sail," Parly tweeted.

The French patrol comes after the inauguration of US President Joe Biden, who has underscored support for Washington's Asian allies after four chaotic years of the Donald Trump administration.

In April 2019, there was a naval incident in the Taiwan Strait when Chinese ships told the French frigate Vendemiaire to leave the waterway that separates the Chinese mainland and Taiwan, another sensitive area claimed by Beijing.