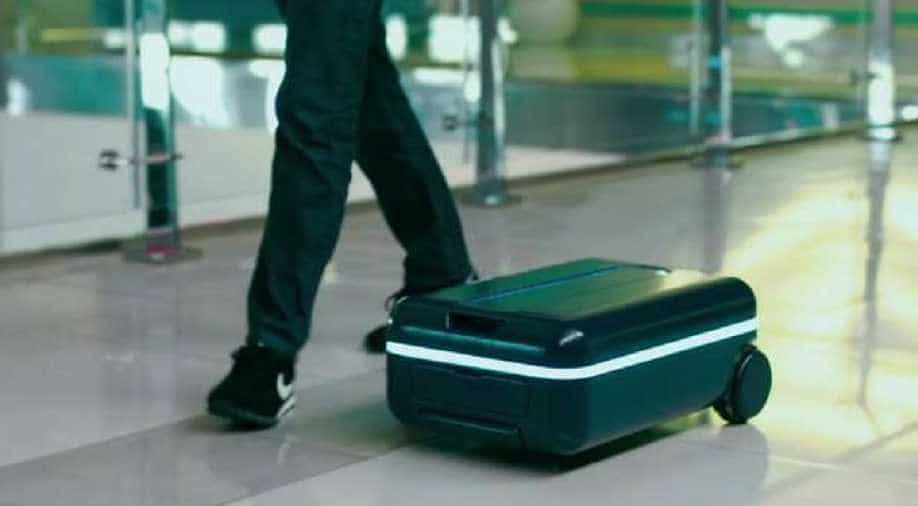 Travelmate has used elements of artificial intelligence and has priced it at around $1,100, which will come out in February for the US market, and later in Europe and Japan. Photograph:( Others )

Self-driving cars may take a while to arrive, but the self-driving suitcase is here now.

Some of the technologies used in autonomous cars have been adopted in products unveiled at the 2018 Consumer Electronics Show in Las Vegas, to help travellers with the weighty problem of dealing with baggage.

The "robot suitcase" from California-based startup Travelmate can be controlled with a smartphone app and can roll alongside its owner at speeds up to 11 kilometres (6.8 miles) per hour, navigating around obstacles.

"This is really a robot which follows you around," said Travelmate founder and president Maximillian Kovtun.

Travelmate designed the device -- which integrates elements of artificial intelligence -- to roll at a pace that matches that of the user, or it can be directed with the smartphone app in the same manner as a drone.

Priced at around $1,100, it is slated to roll out in February for the US market, and later in Europe and Japan.

A competing offering from ForwardX, a Chinese startup with offices in California, is designed to be used with facial recognition, without the need for a smartphone application.

"It uses computer vision and a driving algorithm to have a clear path," said founder Nicholas Chee, who showed a prototype at CES.

The ForwardX suitcase also has gesture control technology and can be immobilized to protect against theft.

Both Travelmate and ForwardX say their devices comply with US safety regulations because their lithium-ion batteries, banned in checked luggage, can be removed.

Also shown at CES was an auto-following suitcase from China-based 90FUN, which has been available in the Chinese market and is soon coming to America. It uses self-balancing technology from the personal transport maker Segway.

And finally, for the weariest of travellers, a luggage product called the Modobag, which lacks artificial intelligence but offers a sizeable perk instead: as a ride-on suitcase which can carry its owner along with their clothes.