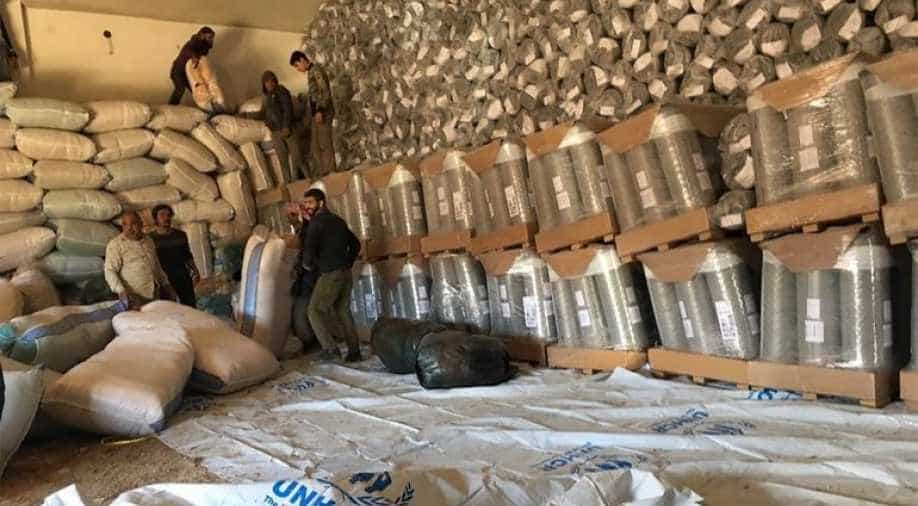 The week-old Turkish invasion of northeastern Syria has forced all international non-governmental organisations to leave the area.

The week-old Turkish invasion of northeastern Syria has forced all international non-governmental organisations to leave the area, a statement from the Kurdish authorities said Tuesday.

"The humanitarian plight of the displaced in areas targeted by the aggression has worsened with all humanitarian aid being cut and all international organisations ceasing their activities," the statement said.

Turkey and its Syrian rebel proxies launched a cross-border operation on Wednesday against Syrian Kurdish fighters on the other side of the frontier.

Almost a week of deadly bombardment and fighting has killed dozens of civilians, mostly on the Kurdish side, and prompted at least 160,000 to flee their homes.

On Monday, international non-governmental organisation Mercy Corps said it was suspending its operations in the area and evacuating international staff.

"We just cannot effectively operate with the heavy shelling, roads closing, and the various and constantly changing armed actors in the areas where we are working," said Made Ferguson, Mercy Corps' deputy country director for Syria.

"This is our nightmare scenario. There are tens of thousands of people on the run and we have no way of getting to them," he said.

Mercy Corps says it has been operating in northeastern Syria since 2014 and helping with emergency relief efforts including providing freshwater since the start of the Turkish invasion.

The organisation would be exploring alternative options to deliver aid to those in need, Ferguson said.

"As of 14 October, international staff of cross-border NGOs are primarily relocating to Arbil and Dohuk in Iraq," it said.

"The United Nations and its partners remain extremely concerned about the safety and security of all of their hundreds of Syrian staff," OCHA said.

The World Food Programme said its operations were ongoing.

"We are continuing to send emergency food supplies as well as the food we usually send each food," the UN agency's spokesman Herve Verhoosel said, despite a few security concerns.

The U.N. children's fund UNICEF was also continuing to work in camps in Hassakeh province, a spokeswoman said.

The U.N. refugee agency UNHCR said it had assisted more than 30,000 people since the start of the escalation but had no access since Tuesday to a camp for the displaced in Ain Issa.

The Kurds said around 800 relatives of Islamic State group fighters have escaped the camp after Turkish bombardment nearby, but Ankara claims they were freed.

The Kurds have been a key US ally in fighting IS in Syria, and run camps for the displaced in areas they control housing tens of thousands of people including alleged IS family members.