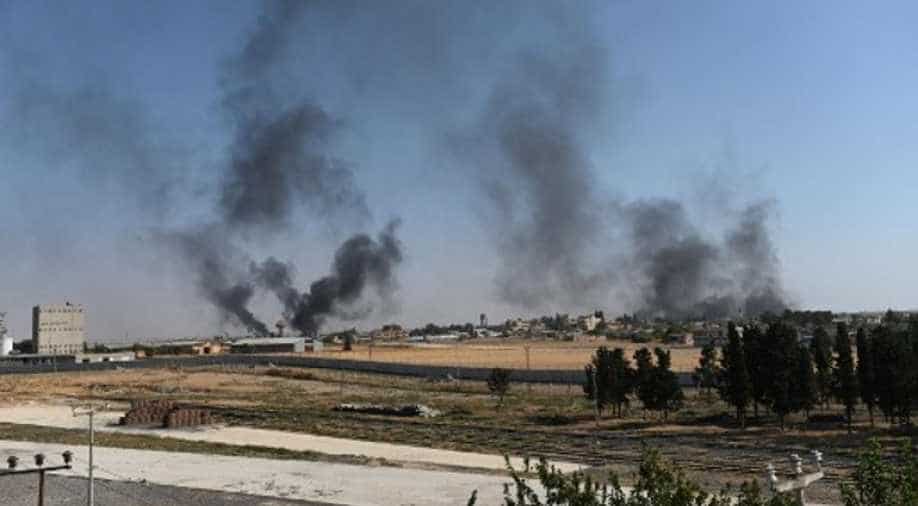 A picture taken in Akcakale at the Turkish border with Syria on October 10, 2019 shows smokes rising from the Syrian town of Tal Abyad after a mortar landed in the garden of a Turkish government building in Akcakale. Photograph:( Reuters )

A Turkish soldier was killed on Tuesday after shelling by Kurdish militants in Syria's Manbij region.

A Turkish soldier was killed on Tuesday after shelling by Kurdish militants in Syria's Manbij region, the defence ministry said in a statement.

"Following artillery fire by the terrorists from the Manbij region... one of our heroic comrades was killed and eight were injured," the ministry said.

The statement did not provide the precise location of the Turkish soldiers but said the army returned fire and killed at least 15 "terrorists."

Five Turkish soldiers have been killed since the operation was launched last Wednesday against Kurdish militants in Syria.