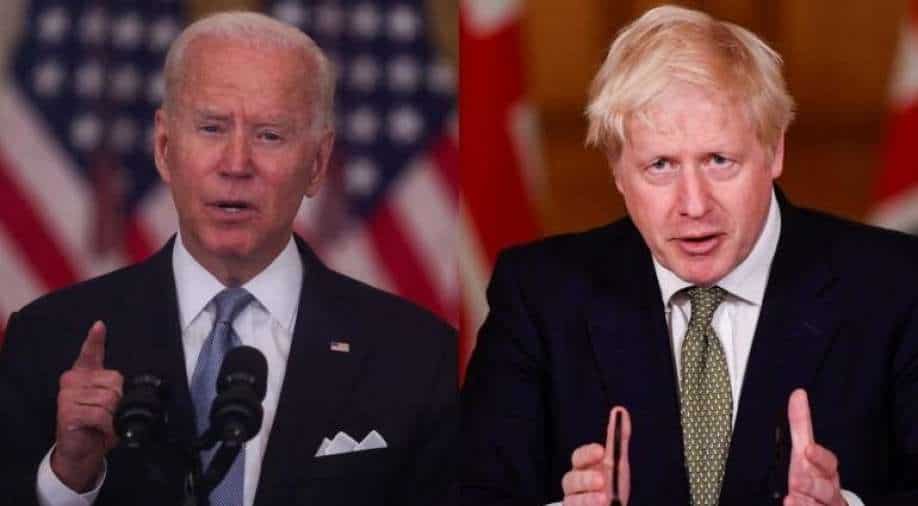 US President Joe Biden and UK Prime Minister Boris Johnson have hit Russia. No, not militarily yet.

Both the leaders have unveiled a wave of sanctions on Thursday to reprimand Moscow for attacking Ukraine in a 'premeditated' conflict.

The measures have been taken to impede ability of Russia to do business in major currencies along with sanctions against banks and state-owned enterprises.

But Biden has not imposed sanctions on Putin himself.

Not just this, the US leader has not disconnected Russia from the SWIFT international banking system.

In the largest-ever package of sanctions against Russia, Britain has targetted banks, members of President Vladimir Putin's closest circle and wealthy Russians.

This comes as there are differences with Western allies over how far to go at this juncture. The Republicans in the US have criticised Biden, saying that he should have done more.

"This is a premeditated attack. Putin is the aggressor. Putin chose this war. And now he and his country will bear the consequences," Biden told reporters at the White House.

The White House also announced export restrictions to curb access of Russia to everything from commercial electronics to semiconductors.

"This hideous and barbarous venture of Vladimir Putin must end in failure. For our part today, the UK is announcing the largest and most severe package of economic sanctions that Russia has ever seen," Johnson told parliament while announcing the new sanctions.

Sanctions have been imposed on more than 100 Russian individuals and entities by the UK.