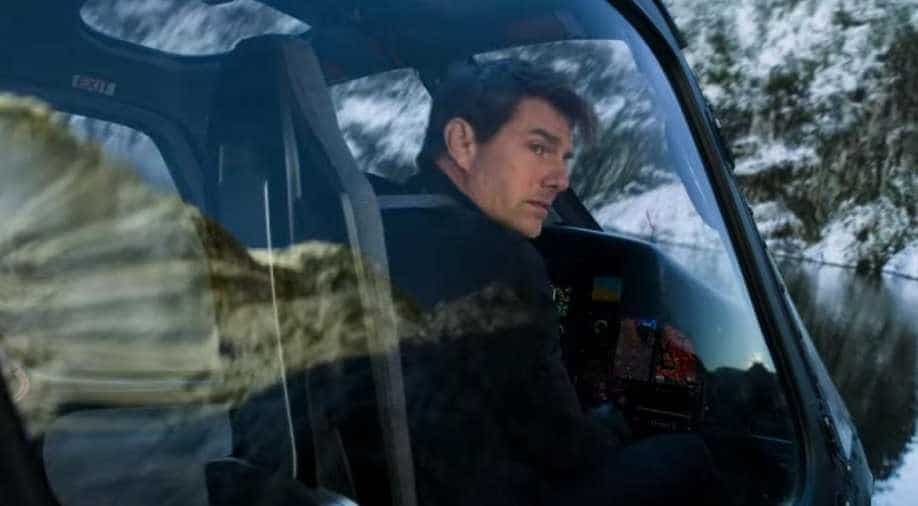 Tom Cruise is back as Ethan Hunt in 'Mission: Impossible- Fallout'. Photograph:( Twitter )

Think action, adrenaline and Tom Cruise and there’s nothing other than the hit series “Mission Impossible” that will come to your mind. Back with another trailer for his upcoming film “Mission: Impossible-Fallout”, Tom Cruise looks like the CIA agent we will always swoon over.

The new trailer features Tom Cruise and Superman hero Henry Cavill who pulls off a moustache while being his handsome self. Tom launches off a window -- a stunt that paused the production for several days after he broke his ankle doing it-- rams his bike in a van, jumps off aircraft, gets crushed by a helicopter and fights Superman on a cliff, in this sixth instalment of the hit franchise.

Tom resumes his work as agent Ethan Hunt to save the world from a nuclear war. Henry plays an assassin who has been hired to keep an eye on Ethan to keep him from “going rogue”. You will also see stars Simon Pegg, Rebecca Ferguson and Alec Baldwin. The Crown star Vanessa Kirby will also be a part of the film.

It is slated to release on July 27.