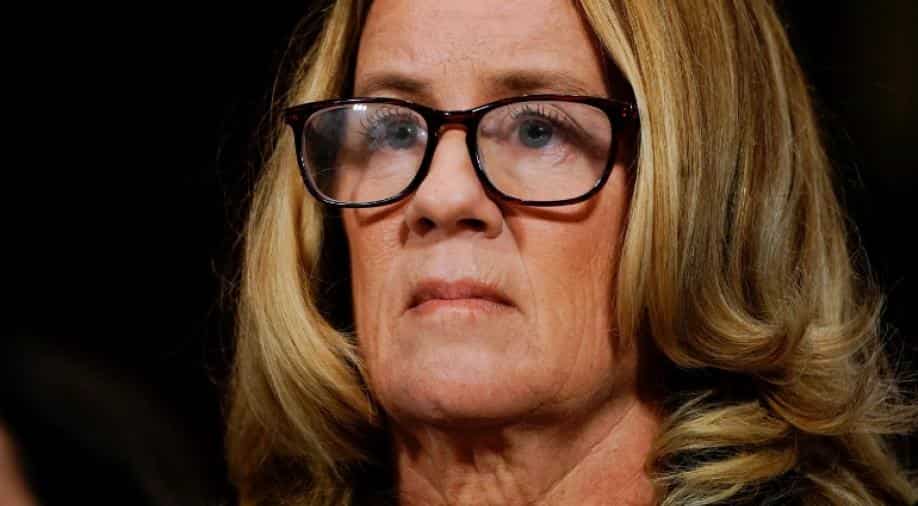 Christine Blasey Ford at the Senate Judiciary Committee on Capitol Hill in Washington, US. Photograph:(Reuters)
Follow Us

'What neighbourhood was it in? I don't know. Where's the house? I don't know. Upstairs, downstairs, where was it? I don't know. But I had one beer. That's the only thing I remember,' Trump said Tuesday night in imitation of Ford's testimony.

Donald Trump has mocked Dr Christine Blasey Ford's testimony of her alleged sexual assault by Judge Brett Kavanaugh, whom Trump has nominated to the US Supreme Court.

"I had one beer, right?" Trump said, apparently re-enacting Blasey Ford's questioning by a Senate panel as he addressed a campaign rally in Southaven, Mississippi.

And they wonder why we march.

Kavanaugh's confirmation to the US Supreme Court has been thrown off the rails by Ford's testimony, and cleaved an already-divided nation into two.

Ford testified before the Senate Judiciary Committee last week. Her testimony was followed by Kavanaugh's.

Commentators have since said Ford came across as very credible, answering all questions put to her, while Kavanaugh sometimes came across as evasive.

Ford's allegations are now being investigated by the FBI.

The FBI is expected to wrap up its investigation in a week.

Reuters reported Trump as saying on Tuesday he thought Kavanaugh's nomination to the Supreme Court would be confirmed after the FBI wraps up its investigation.

Trump's attack Tuesday quickly drew scorn from critics, who said such taunts were part of the reason survivors of sexual assault are afraid to go public.

"Is it any wonder that she was terrified to come forward, and that other sexual assault survivors are as well? She is a remarkable profile in courage. He is a profile in cowardice."