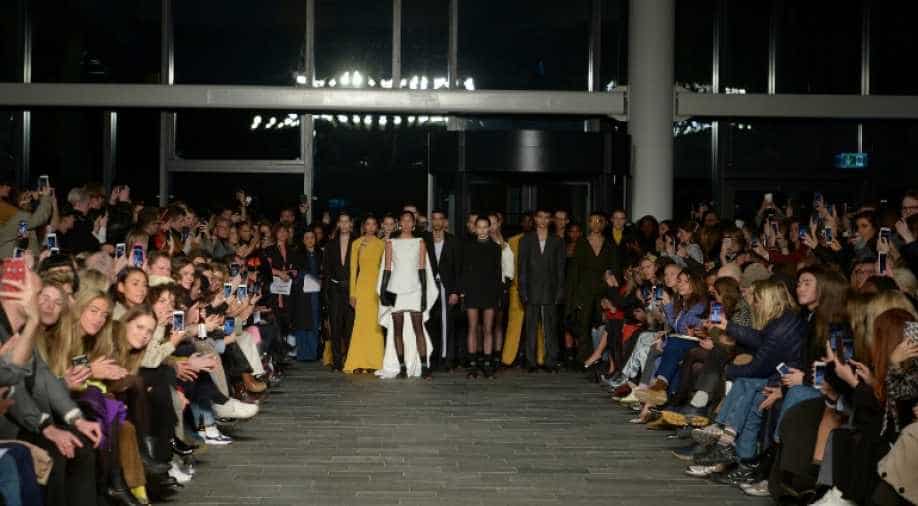 Workplace ambience is becoming increasingly crucial for banks in the quest for talent among youth who care about the environment and not just a juicy paycheck.

Hosting a fashion show is just one-way companies like Nordea, the largest financial group in Nordic countries, are trying to attract twentysomething and thirtysomething employees. As financial services have moved online, banks have to battle with tech giants like Google and Amazon, which boast offices with features like massage rooms, to sign up tech-savvy millennials skilled in areas like artificial intelligence and programming.

"Banks today are not really banks like they were years ago," Danske Bank's head of real estate, Christian Ronn Osteraas, said in an interview. "Banks are more and more IT companies, so the fact that we compete for the same talents also means that we have to offer the same or better physical benefits and services."

Workplace ambience is becoming increasingly crucial for banks in the quest for talent among youth who care about the environment and not just a juicy paycheck.

"Seventy-seven per cent of millennials say that the workspace is more important than salary," said chief operating officer Troels Bjerg at ISS, a top facility services firm whose customers include most of Europe's 25 biggest banks.

Chief executives see attracting and retaining talent as their No. 1 challenge, according to data from ISS World, a Danish provider of facilities management, security, catering and other support services to companies globally.

"It has moved from being on the janitor's agenda to the CEO's agenda," Bjerg said.

Nordea is also looking at places like Disney and Silicon Valley for inspiration to shed banking's dusty image.

"It is important that you have something you can talk about when you get home," said Trine Thorn, Nordea's head of workplace management in Denmark. "We have to create something attractive and different. I want to have this start-up feeling."

At Danske Bank in Vilnius, Lithuania's capital where it has 700 IT employees, you can nap in a booth in 'The Library' relaxation area or challenge colleagues at ping pong or PlayStation in another room.

Danske's shared services centre in Vilnius will stay when the bank pulls out of the Baltic countries and Russia in the wake of one of the largest-ever money laundering scandals.

Video games and flexible seating may not suit everyone, though.

"Everybody wants an inspiring workplace and the challenge might be that millennials have been highlighted so much lately," Osteraas of Danske said. "It is important to attract talents of the future, but it should not remove focus from other types of employees."

From cleaner to experience manager

Nordea has been working closely with ISS to create a workplace that feels both like a bank and a tech start-up.

ISS, mainly known for its cleaning and catering services, said its new business for workplace experiences has been one of its fastest-growing areas in recent years. "Experience managers" create initiatives like a pop-up car wash in an office parking lot or a tour around the company to support knowledge sharing.

"My role is to help create a culture that's more relevant to generation Z," said Dino Portelli, an ISS experience manager contracted by a big global bank in New York.

Portelli is behind initiatives like a shuttle bus to the bank's remote site, with a host onboard who can help employees book a meeting room, provide replacement pantyhose if needed, or pre-order coffee to be ready upon arrival.

"Banks are very corporate, but here it feels like you are in a Google (office)," he said of the site, which also includes a manicure salon and works with a local farm to supply greens.

"They arrive in their suits on Monday. By Wednesday they're in slacks. And by Friday they're playing ping-pong."