Could have been re-elected for third term: Obama 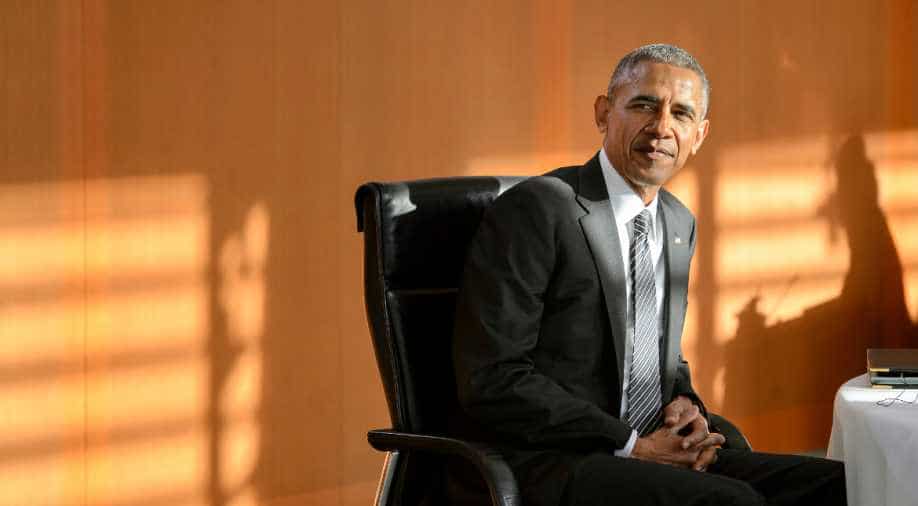 The four are part of the list of 102 scientists and researchers who are recipients of the Presidential Early Career Awards for Scientists and Engineers (PECASE). Photograph:( Getty )

President Barack Obama said in an interview aired on Monday that he could have won his third re-election and that the nation still supports his political vision despite president-elect Trump's victory in the November 8 election.

The leader made his remarks in a podcast called "The Axe Files" produced by CNN and the University of Chicago.

"I am confident in this vision because I'm confident that if I had run again and articulated it, I think I could've mobilised a majority of the American people to rally behind it," Obama tells the interviewer, his former senior adviser David Axelrod.

He told political strategist that the "public humiliation" of losing should never be underestimated.

"Losing's never fun," he said. "I'm proud that I have tried to conduct myself in office to do what I think is right rather than what is popular, I always tell people don't underestimate the public humiliation of losing in politics."

"It's unlike what most people experience as adults, this sense of rejection," Obama said.

He said he was proud of the progress he has made in his two terms as president, thanks to the "spirit of America".

"That spirit of America has still been there in all sorts of ways. It manifests itself in communities all across the country," Obama said.

"We see it in this younger generation that is smarter, more tolerant, more innovative, more creative, more entrepreneurial, would not even think about, you know, discriminating somebody against for example because of their sexual orientation," the president said.

Donald Trump, however, took to Twitter to reject Obama's supposition.

"President Obama said that he thinks he would have won against me. He should say that but I say NO WAY! - jobs leaving, ISIS, OCare, etc."

President Obama said that he thinks he would have won against me. He should say that but I say NO WAY! - jobs leaving, ISIS, OCare, etc.