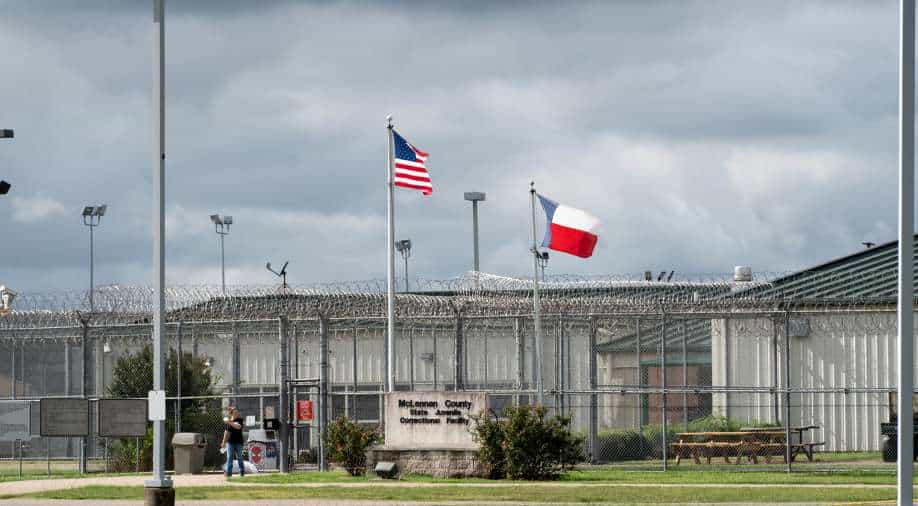 At five state juvenile detention centers, the day-to-day conditions are relentlessly violent and oppressive, with guards often resorting to force, according to a complaint filed to the Justice Department

In October 2019, a prison officer who worked at a juvenile detention center in Central Texas was charged with sexual assault and accused of forcing a boy in custody to perform oral sex on him in his cell. The incident came to light the day after the alleged crime, when the boy tried to kill himself.

Two months before that, at another detention facility in Texas, a corrections officer was fired after a teenage girl said she was pregnant with his child. He was later charged in connection with that case. And in May of last year, another prison worker was arrested on charges that he had carried on a relationship with a teenager who was on parole.

At five state juvenile detention centers, the day-to-day conditions are relentlessly violent and oppressive, with guards often resorting to force, according to a complaint filed to the Justice Department. In 2019, prison staff used force against incarcerated children almost 7,000 times equivalent to six times per child who was confined that year.

Over the years, nearly a dozen staff members have been arrested on charges of sexual abuse against juveniles, and complaints about mayhem inside the facilities gang wars, fights and suicide attempts — are common. Now the Justice Department has begun a wide-ranging investigation into the detention centers, part of a broader effort to overhaul the country’s most troubled prisons.

Taken together, the voluminous allegations by advocacy groups and families, lawsuits filed against the state, news media reports, and investigations at the state level present a portrait of a terrifying environment inside juvenile prisons in Texas, one that is rife with sexual abuse, violence and severe staffing shortages.

Also read | As schools shift back to classroom teaching, are students ready to be reintroduced to outer world?

The Justice Department’s investigation comes almost a year after two Texas advocacy groups — Disability Rights Texas and Texas Appleseed  filed a complaint urging the federal government to intervene. The organisations have been working together since 2007 to push for reforms of the state’s juvenile justice system.

That document amounted to a devastating compilation of abuses, despite close attention by Gov. Greg Abbott, who ousted the head of the juvenile justice system in 2017 after an investigation by The Dallas Morning News revealed a litany of degradations, including staff members distributing pornography and paying children money and drugs to fight one another.

In a statement, Camille Cain, the executive director of the Texas Juvenile Justice Department, which oversees one of the nation’s largest networks of youth correctional facilities, said her office intended to cooperate fully with investigators. “We all share the same goals for the youth in our care: providing for their safety, their effective rehabilitation, and the best chance for them to lead productive, fulfilling lives,” she said.

Despite reforms that began in 2007, with the closure of some facilities and a push to expand probation and reduce the number of children locked away, the groups found that violence and sexual abuse persisted within the five facilities that remain open and are now under investigation.

The problems, according to the complaint, have been exacerbated by severe staffing shortages, in part because of officers calling in sick during the coronavirus pandemic. This has led to a lack of supervision, the complaint said, which has allowed violence among the incarcerated children to flourish, as well as violence between staff members and the youths. On any given day, there are between 800 and 900 children in the state’s juvenile centers.

“The high staff turnover and lack of staffing in general both lead to a lack of programming and supervision, with kids often on lockdown in their dorms, which in turn leads to unrest and acting out by kids,” the complaint says.

Staff members have responded with beatings and pepper spray, the complaint explained, behavior that has created “a generally unsafe environment where rehabilitation, the primary goal of the juvenile justice system, is nearly impossible.”

Christie Dennis said her son was 15 when he entered one of the facilities at the center of the investigation, the McLennan County State Juvenile Correctional Facility in Mart, Texas.

Dennis was horrified when she called one day in 2019 and learned that her son had been beaten and taunted as guards apparently stood by, she said. Her son was sent to the jail’s doctors on one occasion, she said, and she was later told that many guards did not intervene because they were afraid of the youths themselves.

“I was wondering, where are the guards? They didn’t have enough staff to handle the chaos,” Dennis said. “He was actually scared,” she said of her son.

Dennis said her son ended up at the center after taking her car without permission several times and money from her purse. After talking to the authorities, she was advised that if she “wanted to teach her son a lesson,” he needed to go to a juvenile facility, Dennis said, a decision she ended up regretting.

The attacks against her son escalated to the point where he begged guards to keep him in solitary confinement, Dennis said. Released in July 2020, months before his 17th birthday, he now works at a fast-food restaurant and is earning his general equivalency diploma with plans to pursue welding. But he is not the same as he was before his detention, she said. “He has PTSD,” she said. “He hears a noise and he panics.”

Her son’s experience was included in the complaint filed to the Justice Department. In the complaint, he was identified by the initials “M.C.” and described an environment in which “gangs ran the facility” and put out “hits” on children. Food was frequently stolen, he said, and staffing was so limited that officers resorted to the use of pepper spray to pacify groups of children who were fighting.

Sometimes parents were not notified when their children were transported to other facilities. A seasoned volunteer at Gainesville State School who did not want her name used because she was not authorised to speak publicly about an open investigation, said she witnessed instances in which mothers showed up to see their children only to learn they were no longer there. After nine years, she was let go in 2019 after she reported one such case, she said.

In announcing the investigation, Kristen Clarke, who leads the Civil Rights Division at the Justice Department, said the federal inquiry would examine the state’s use of isolation and chemicals like pepper spray, plus the allegations of physical violence, sexual abuse and mistreatment of children.

Three years ago, the Justice Department found that children in Texas detention centers suffered much higher rates of sexual victimisation than in other states. The department found that while 7% of youth in juvenile facilities across the country had reported being the victim of sexual abuse, complaints at three Texas facilities were significantly higher. For example, 14% of children at a detention center in Brownwood, Texas, were reportedly victims of sexual violence. At two other prisons, the rate was higher, with 1 in 6 children said to have been abused.

In one egregious case, in August 2019, a corrections officer was charged with having sex with a girl who was housed in the Ron Jackson State Juvenile Correctional Complex in Brownwood. The victim reportedly became pregnant, and the officer was later charged with sexual abuse and possession of child pornography. Last year, another staff member at the complex, a woman whose title was “youth development coach,” was accused of sexual misconduct with a child in custody.

The announcement of the Justice Department investigation was praised by advocates for criminal justice reform, families of those confined and former inmates as a move that could bring relief and better conditions to people held in the centers.