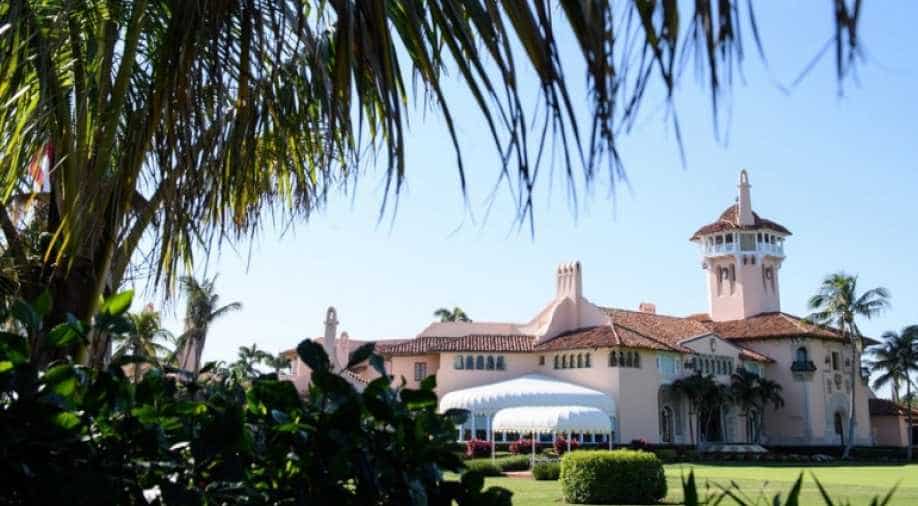 Yujing Zhang was formally indicted on Friday with making false statements to a federal officer and entering or remaining in a restricted area, charges that carry a sentence of up to five years in prison.

A Chinese woman charged with bluffing her way into US President Donald Trump's Florida resort last month entered a not guilty plea on Monday in federal court.

Yujing Zhang was formally indicted on Friday with making false statements to a federal officer and entering or remaining in a restricted area, charges that carry a sentence of up to five years in prison.

She entered a not guilty plea during an arraignment in US District Court in West Palm Beach, Florida, on Monday.

The FBI is examining whether Zhang has any links to intelligence agencies in China or political influence operations, two US government sources have told Reuters.

The indictment does not include espionage charges. Zhang is 32 or 33 years old, according to court documents.

She was arrested on March 30 after giving conflicting reasons for being at the Mar-a-Lago club in Palm Beach during one of Trump's weekend visits, an incident that renewed concerns about security at the club.

Trump was not on the premises at the time.

Zhang's lawyer, Robert Adler, has described the incident as a "misunderstanding" and said, "I don't understand how this could be a trespass charge."

Prosecutors have said Zhang was carrying four cellphones, a laptop computer, an external hard drive and a thumbdrive containing what investigators described as "malicious malware" when she was arrested by the US Secret Service.

Investigators found a device to detect hidden cameras, five cell phone SIM cards and over $8,000 in cash in her hotel room, prosecutors said.

Democrats in US Congress first pressed the Trump administration in mid-March for a briefing on Mar-a-Lago security after news reports that Li “Cindy” Yang, founder of a chain of Florida-based massage parlors, was selling access to Trump and his family to clients from China.

Chinese Foreign Ministry spokesman Geng Shuang said earlier this month he had "no understanding of the situation" when asked by reporters about Zhang.

She was briefly allowed onto the property after staff mistakenly thought she might be the daughter of a club member. She aroused suspicions by variously telling Secret Service agents and Mar-a-Lago reception staff that she wanted to use the pool and that she was there for an event that did not appear on the day's schedule, according to prosecutors.