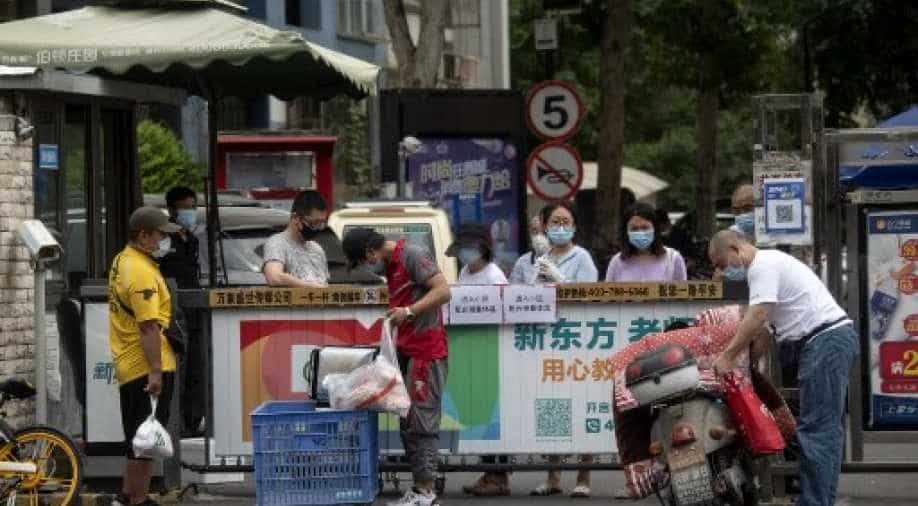 The virus which is believed to have first emerged from a market in Wuhan last year has once again put the spotlight on Chinese markets.

According to the Chinese Center for Disease Control and Prevention (CDC), China has submitted the genome sequencing data from Beijing's Xinfadi market infection cluster to the World Health Organization(WHO).

The latest outbreak in China's sprawling Xinfadi wholesale market was detected in the salmon chopping boards amid fears of a second wave of coronavirus cases in China.

The virus which is believed to have first emerged from a market in Wuhan last year has once again put the spotlight on Chinese markets. Beijing reported 21 new cases of the virus in the last 24 hours taking the total number of cases to 158 in the past week ever since the virus was first detected at the Xinfadi market.

There were also reports of virus cases in Tianjin and Hebei which surrounds Beijing as authorities moved quickly to order residents not to leave the city and closed schools and shut airways in order to contain the virus.

The Xinfadi market reportedly supplies over 70 per cent of the city's fresh produce and attracts several hundred people everyday.

Several police officers were deployed even as people turned up in large numbers to get tested as authorities called for mass testing, similar to Wuhan where millions were tested after new cases were discovered.

Chinese authorities had also closed down indoor sports and entertainment venues in the capital city as the WHO raised concerns.

Authorities also locked down 21 housing estates near Xinfadi which were reportedly linked to the Xinfadi outbreak.