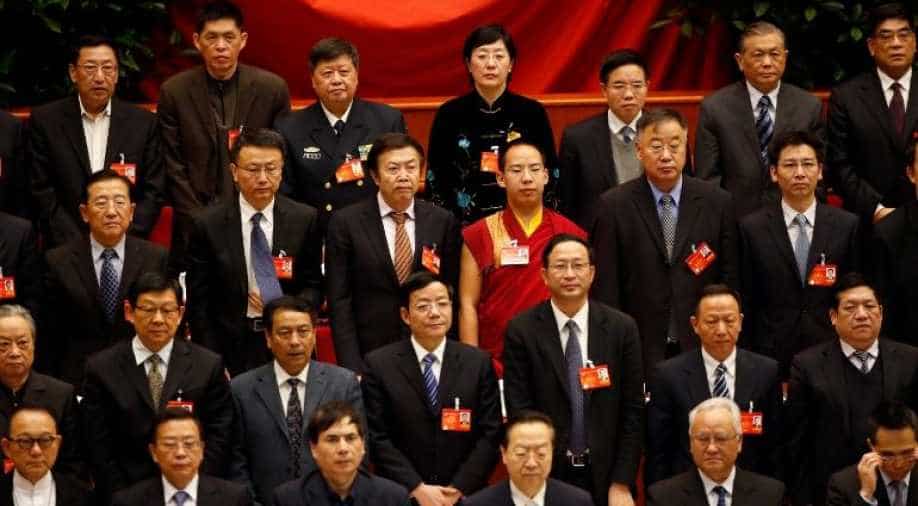 Although officially atheist, China selected Gyaltsen Norbu as the 11th Panchen Lama in 1995 in a drive to win the hearts and minds of Tibetans.

A youth appointed by China as the second-highest figure in Tibetan Buddhism but reviled as a fake by many Tibetans made his first trip outside the country last month, attending events in Thailand, Chinese state media reported.

Although officially atheist, China selected Gyaltsen Norbu as the 11th Panchen Lama in 1995 in a drive to win the hearts and minds of Tibetans.

Tibet's current spiritual leader, the Dalai Lama, whom Beijing brands a dangerous separatist, had announced his own choice of a six-year-old boy, but he was taken away by authorities and has since vanished from public view.

In a brief report late on Monday, the official China News Service said that China's Panchen Lama had gone to Thailand in the middle of May, the first time he had ever left China.

On his trip, which has not been reported before, he gave a speech at a Buddhist university in Bangkok and attended other Buddhist events and religious exchanges.

The visit made him even more aware of the "greatness of the motherland and the Chinese Communist Party", he told the Chinese News Service.

"We thank the Chinese Communist Party for leading the Chinese people to stand up and become rich and strong."

China has gradually exposed its Panchen Lama in public roles in the hope he will achieve the respect commanded by the Dalai Lama among Tibetans and globally. He made his first trip outside mainland China in 2012 when he visited Hong Kong.

Chinese troops marched into Tibet in 1950. China routinely rejects criticism of its rule there, saying it has brought much-needed development to a remote region and that it respects Tibet's culture and religion.

After the Dalai Lama fled to India in 1959, the 10th Panchen Lama stayed on and was initially seen as a collaborator. It later emerged that his criticism of Beijing had earned him more than a decade spent either in prison or under house arrest.

Freed in 1977, he was politically rehabilitated the following year and died in 1989.

April this year marked the 30th birthday of the boy appointed by the Dalai Lama as the Panchen Lama. China has said he is living a "normal life" and does not want to be disturbed.