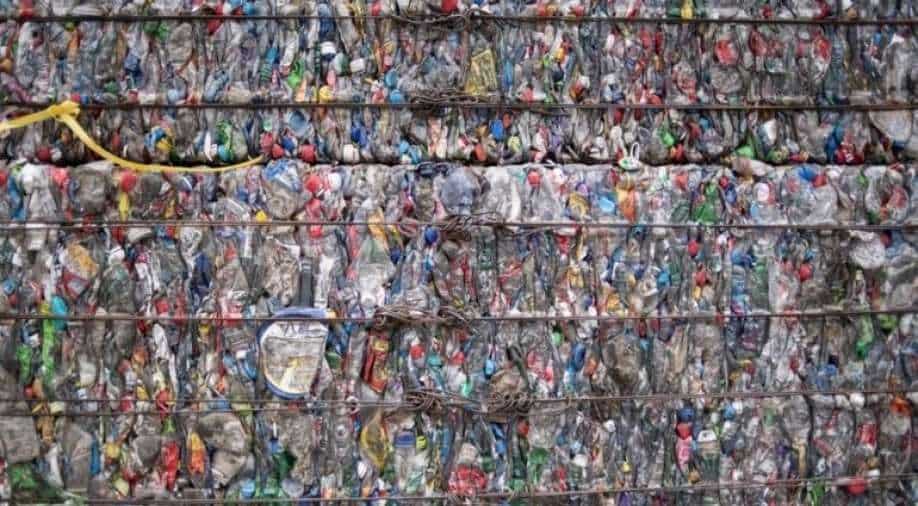 A block of compressed plastic bottles are seen at a plastic waste centre on the outskirts of Beijing on May 16, 2018. Photograph:( AFP )

Restaurants and e-commerce platforms in China will now have to report utilisation of single-use plastics. Additionally, delivery firms will also have to report their usage of plastic alongside submitting plans for recycling. The country’s commerce ministry put out proposals to regulate plastic use on Monday.

As part of this, the ministry has set up a nationwide system to report consumption of plastic. The nationwide scheme will also promote recycling. China is dealing with plastic pollution, due to which its rivers have been pollution, and landfills of dump continue to increase.

Reuters reported that due to the surge in food delivery services, the trash has increased. The ministry had announced in September that single-user plastic bags and food utensils would face a complete ban by the end of 2020. In addition, single use straws will also be effectively banned in the country.

The chairman of China Scrap Plastic Association - Wang Wang had announced that bans “would only resolve the most visible types of plastic pollution”. In September, the country had introduced the “solid waste law” whereby fines would be increased ten fold on those who break recycling rules while constructing.

From September, China has also prohibited some types of agricultural-use plastic film used to keep crops warm and moist. Chinese farmers use around 1.5 million tonnes a year, but it leaves residues that damage the soil.