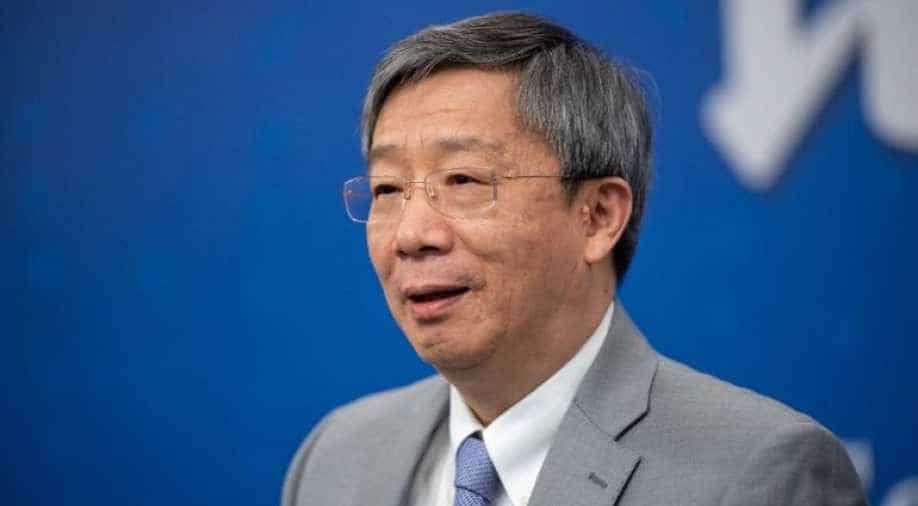 Ties between China and the US have deteriorated sharply after trade negotiations stalled last month without a deal to lift bruising tariffs on goods worth $360 billion in two-way trade.

China's central bank chief said Friday the country has plenty of policy tools left to handle the trade war with the United States.

There is "tremendous" room to counter the deepening trade war, People's Bank of China governor Yi Gang said in an interview with Bloomberg TV.

Ties between China and the US have deteriorated sharply after trade negotiations stalled last month without a deal to lift bruising tariffs on goods worth $360 billion in two-way trade.

China said Thursday that it would soon release detailed information about a planned blacklist of "unreliable" foreign companies and individuals, that analysts expect will target firms cutting off supplies to Chinese tech giant Huawei.

Last month the US Commerce Department placed Huawei and dozens of its affiliates on an "entity list" on grounds of national security, curbing its access to crucial US-made components and software -- through a 90-day reprieve was later issued.

Yi has participated in several rounds of the trade negotiations with Washington and is scheduled to meet with US Treasury Secretary Steven Mnuchin this weekend during the G20 gathering of financial policymakers in Japan.

He said the meeting with Mnuchin would be "productive talk, as always," but trade war discussions would be "uncertain and difficult", according to Bloomberg News.

China's yuan, or renminbi, the currency has also rapidly depreciated against the dollar as trade tensions have ramped up in recent weeks, nearing the critical seven to the dollar exchange rate.

The central bank has long prevented the yuan from falling below seven, but Yi hinted the bank may no longer defend the currency at that level.

"I don't think along this mathematical scale any number is more important (than) the other number," he said.

"The trade war would have a temporary depreciation pressure on the renminbi, but you see, after the noise, (the) renminbi will continue to be very stable and relatively strong compared to emerging market currencies, even compared to convertible currencies," he told Bloomberg TV.

"I'm very confident (the) renminbi will continue to be stable at a more or less equilibrium level," Yi said.