Chance of another 9/11 just went through the roof, says Republican Senator Lindsey Graham on Afghanistan 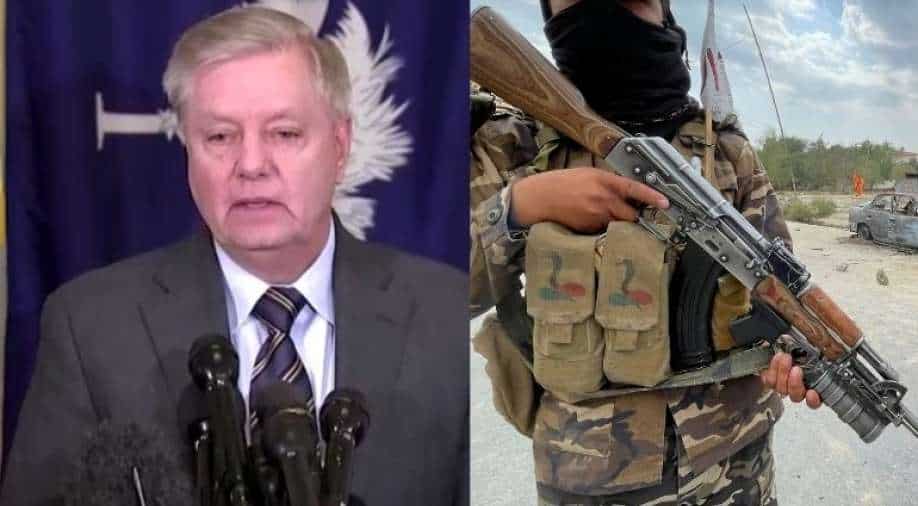 Republican Senator Lindsey Graham said 'parade of horribles' has been unfolding in Afghanistan amid the US evacuation with 'hundreds of American citizens' being left behind.

As the US enters the final phase of its pullout from Afghanistan amid attacks on Kabul airport, Republican Senator Lindsey Graham said people on the ground working with indigenous forces is the "best insurance policy against another 9/11".

Graham was speaking to a US television network asserted that, "I wouldn’t have withdrawn" while adding, "I would have kept the counterterrorism forces on the ground."

"I would have held the Taliban to the conditions set out in the agreement with Trump,” the Republican Senator said referring to the Doha talks which opened last year between the former Trump administration officials and the Taliban.

The Republican Senator said, "parade of horribles" has been unfolding in Afghanistan amid the US evacuation with "hundreds of American citizens" being left behind.

"The chance of another 9/11 just went through the roof. These drone attacks will not degrade ISIS," Graham said, adding," the number of ISIS fighters have doubled. We have turned our back on our allies and we set the conditions for another 9/11.”

US has evacuated several thousand personnel including Afghans with just hours left for the pullout deadline. President Biden had set August 31 as the date for US personnel to leave the country.

On Monday rockets were fired towards Kabul airport as reports said the rocket attack was launched from the back of a vehicle. However, there were no reports of causalities.

The incident was confirmed by the White House and President Biden was briefed about the incident even as airport evacuation operations continued.

On Sunday, a US drone strike had killed a suicide car bomber which the US said was preparing another attack on Kabul airport with ISIS-K which had claimed responsibility for the attack on Thursday suspected to be planning another attack in an explosive-laden vehicle.