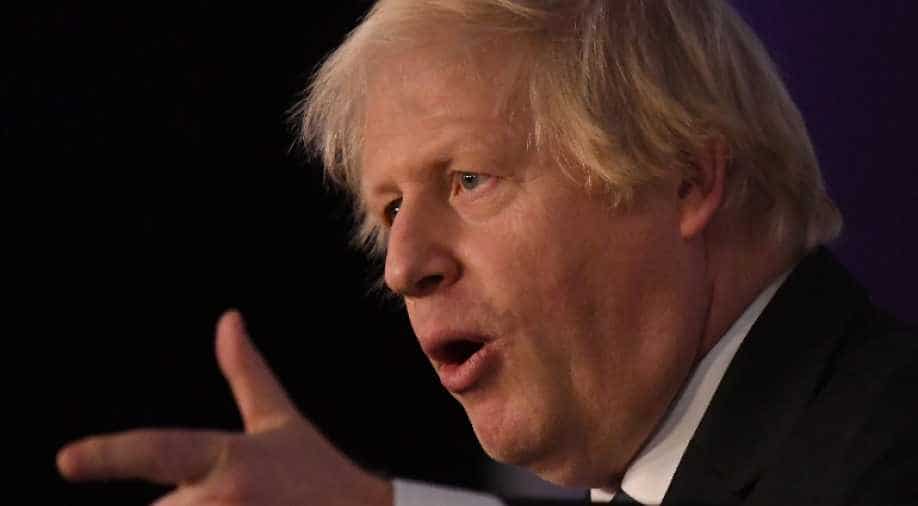 'Of course, I'm going to go for it,' the former foreign minister, ex-mayor of London and leading Brexit campaigner told a business event in Manchester, northwest England, the BBC and Sky News reported.

Britain's Boris Johnson confirmed Thursday he will seek to become prime minister when Theresa May quits, reports said, as she promised to set out a departure timetable early next month.

"Of course I'm going to go for it," the former foreign minister, ex-mayor of London and leading Brexit campaigner told a business event in Manchester, northwest England, the BBC and Sky News reported.

The decision comes as little surprise as Johnson, one of Britain's most identifiable politicians known simply as "Boris", has long been known to covet the top job.

But it effectively fires the starting gun on a race that already has more than a dozen runners and riders -- even though there is no official vacancy.

May has promised to step down once the first stage of Britain's exit from the European Union is secured, but this has been put in doubt by repeated Brexit delays.

At a meeting of senior members of her Conservative party on Thursday, May resisted growing demands to set out a detailed plan for her departure right now.

But Graham Brady, the chairman of the 1922 Committee of Conservative MPs, said May would do this after a parliamentary vote in the week beginning June 3 on legislation to approve her EU divorce deal.

"We have agreed that she and I will meet following the second reading (first vote) of the bill to agree a timetable for the election of a new leader of the Conservative and Unionist Party," he said.

Many of May's ministers and senior lawmakers are already making moves for the leadership, holding photo opportunities and giving wide-ranging speeches that go well beyond their official briefs.

Johnson, who botched his chance to run against May when she took office after the 2016 referendum, has long been assumed to be a candidate but has recently kept out the limelight.

Known abroad for his gaffes and accused of misleading voters over Brexit, he is nonetheless loved by many ordinary members of the ruling Conservative party, who will have a say in their new leader.

Johnson quit as foreign minister last year over the government's Brexit strategy and has been an outspoken critic of the divorce deal May struck with Brussels last November.

The deal has been rejected three times by the House of Commons, forcing May to delay Brexit twice.

She announced this week she would put it to MPs for a fourth time in early June, in the form of a vote on the Withdrawal Agreement Bill.

May hopes the bill could be passed by July, allowing Britain to leave the EU at the end of that month, and is expected to step down at that point.

If the plan is rejected again next month, however, few expect her to hold on that long.