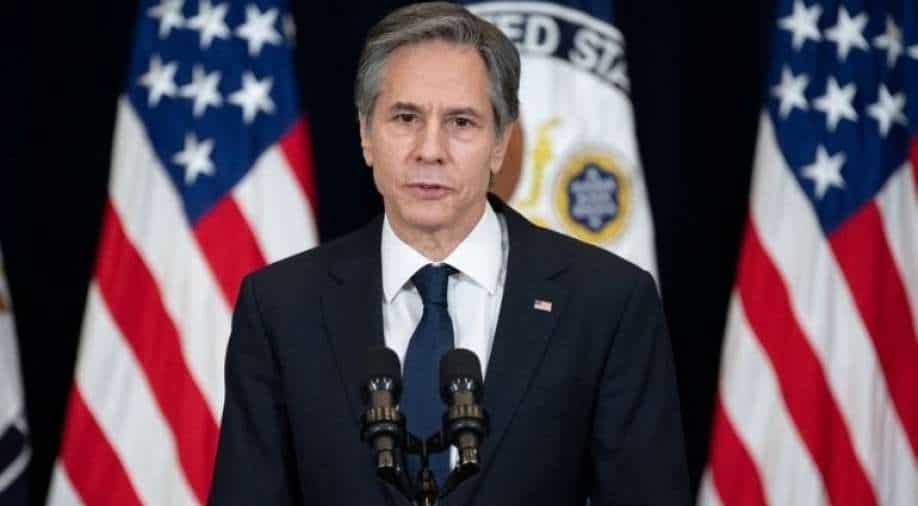 US Secretary of State Antony Blinken said the United States would hold Beijing "accountable for its efforts to threaten stability in the Indo-Pacific, including across the Taiwan Strait, and its undermining of the rules-based international system."

In the first conversation between top officials of the US and China since President Joe Biden took office, US Secretary of State Antony Blinken pressed Beijing on its treatment of Uighurs, Tibetans and Hong Kongers.

About his call with senior Chinese official Yang Jiechi, Blinken said on Twitter, "I made clear the US will defend our national interests, stand up for our democratic values, and hold Beijing accountable for its abuses of the international system."

Blinken told Yang, the United States "will continue to stand up for human rights and democratic values, including in Xinjiang, Tibet and Hong Kong.”

Blinken also "pressed China to join the international community in condemning the military coup in Burma," it said, using the former name of Myanmar.

The top US diplomat said the United States would hold Beijing "accountable for its efforts to threaten stability in the Indo-Pacific, including across the Taiwan Strait, and its undermining of the rules-based international system."

The tough tone comes after Blinken in his confirmation hearing said he would continue former president Donald Trump's approach to China in a rare point of agreement between the two administrations.

Blinken has said he agrees with a determination by the State Department under Trump that Beijing is carrying out genocide in the western region of Xinjiang, where rights groups say more than one million Uighurs and other mostly Muslim Turkic-speaking people have been rounded up in camps.

Beijing has also ramped up a crackdown in Hong Kong, arresting leading activists, after imposing a new law against subversion following major protests in the financial hub to which it had guaranteed a separate system.

Biden nonetheless offered a small olive branch during a speech on foreign policy on Thursday, saying that while the United states will ‘confront' China, "We are ready to work with Beijing when it's in America's interest to do so."

Blinken has previously spoken of climate change as an area of cooperation as China and the United State are the two largest emitters of greenhouse gases.

Beijing has long enjoyed a privileged relationship with Myanmar, supporting the junta that gave way to democracy a decade ago with US support.

The military in the Southeast Asian nation this week carried out a coup, arresting civilian leader Aung San Suu Kyi, in what Chinese state media described as 'a major cabinet reshuffle’.

Biden, who has vowed to promote democracy worldwide after Trump's flirtations with autocratic leaders, strongly condemned the coup and threatened sanctions if the military did not relinquish power.