Attacks on Rohingyas intended to not just drive them out but prevent them from returning: UN report 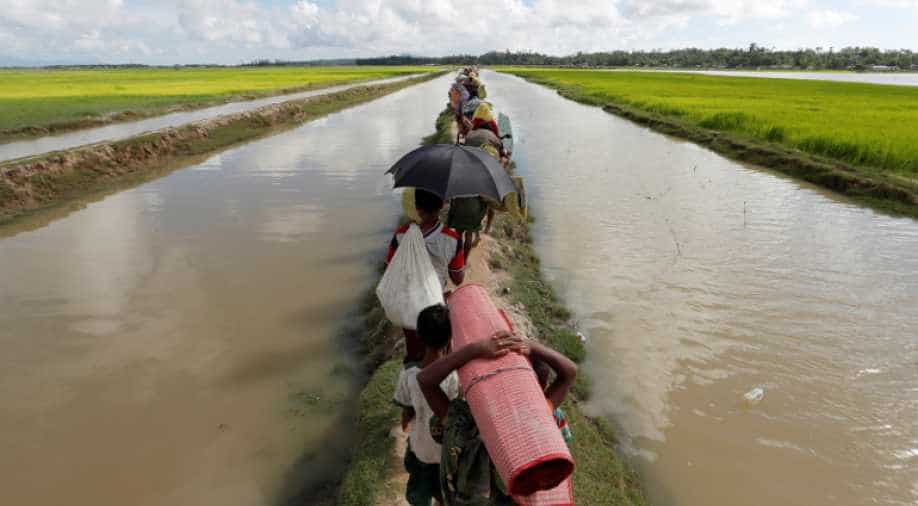 Thousands of Rohingya refugees from Myanmar fled to Bangladesh on Monday driven by fears of starvation and violence. Photograph:( Reuters )

The United Nations said today attacks on Rohingyas in Myanmar was aimed at driving them out the country and prevent them from returning home.

The United Nation came to this conclusion after interviewing Rohingyas who have fled to Bangladesh, AFP reported.

"Brutal attacks against Rohingya in northern Rakhine State have been well-organised, coordinated and systematic, with the intent of not only driving the population out of Myanmar but preventing them from returning to their homes," AFP quoted the UN investigation team as saying.

The UNHCR had reported on Monday that over 11,000 Rohingyas had crossed into  Bangladesh in one day in a surprising move especially after the rate of influx had slowed to 2,000 per day.

"We're back in a situation of full alert as far as influxes are concerned. It is a big increase to see 11,000," Reuters quoted Adrian Edwards, spokesman for the UN High Commissioner for Refugees.

"We have had big numbers coming across by the day over the six weeks of this emergency. So we are back up to approaching some of those peak arrivals. Clearly, we have to be prepared for more arrivals," he said.

"Some said they had fled torching and killings back home; one boy was seen with a big gash across his neck," Edwards added.

International agencies and governments in western nations have strongly condemned Myanmar's handling of the Rohingya crisis.