As Biden weighs 2020 bid, Democrats ask, 'Does he meet the moment?' 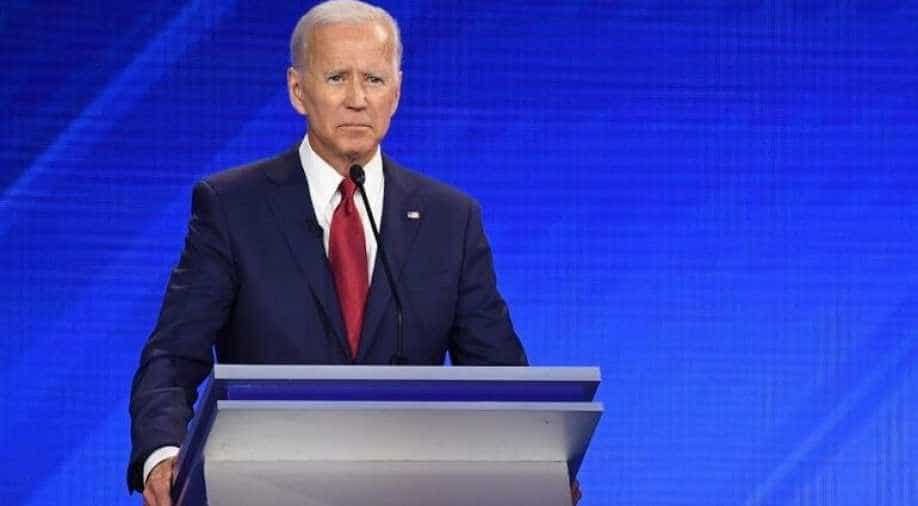 Former US Vice President Joe Biden said this week he was "very close" to deciding whether to make a 2020 White House bid and will run only if he thinks he can win the Democratic Party`s nomination.

Former US Vice President Joe Biden said this week he was "very close" to deciding whether to make a 2020 White House bid and will run only if he thinks he can win the Democratic Party`s nomination.

He is not alone in questioning if he is the man for the moment.

The clamor for Biden to join the pack seeking to challenge Republican President Donald Trump has quieted as the Democratic field has grown more crowded and diverse, according to interviews with more than two dozen strategists, activists, party organizers and voters.

Opinion polls show Biden, a former US senator from Delaware who served two terms as former President Barack Obama`s vice president, remains popular. But the Democratic Party may no longer need him in order to be competitive against Trump.

"I love Joe Biden. He`s a great guy and a great politician," said Jerry Shriner, a Democratic national committee member from Idaho. "I wish he were the president right now. But I`m not sure I wish he is president in 2021."

Democrats are in the early stages of an internal debate about how best to challenge Trump in next year`s presidential election, weighing factors like electability, ideology and identity.

The strength of the field - expected to include at least six sitting U.S. senators, plus several current or former governors, US House of Representatives members and a former Cabinet secretary - is a factor in Biden`s calculations, those close to him say.

He will be more likely to remain on the sidelines if he feels a strong candidate capable of beating Trump is emerging.

But a source close to Biden said: "If I had to guess, he`s probably going to do it."

Biden associates have held discussions with potential staffers and supporters who could serve political strategy, grassroots organizing and digital campaign roles, according to two sources. One source said those conversations were necessary to quickly ramp up a formal campaign operation should Biden decide to run.

Some party activists say, however, that Biden has not reached out to broad donor networks to gauge the level of monetary support he could expect.
Biden, who mounted failed presidential campaigns in 2008 and 1988, said at an event in Delaware on Tuesday that he did not want a third bid to be "a fool`s errand."

"What I don’t want to do is take people’s time, effort and commitment without there being a clear shot I could be the nominee," he said. "I think I can."

Biden chose not to run in 2016 when former Secretary of State Hillary Clinton was widely considered the heavy favorite for the Democratic nomination.

Some political analysts have since speculated he could have won industrial battleground states like Pennsylvania, Michigan and Wisconsin that proved crucial to Trump`s surprise victory.

Biden`s high name recognition among Democratic voters means he likely can afford to wait longer than lesser-known candidates to enter the 2020 race. But even that comes with a risk.

"The longer he waits, the more people are going to start to want to follow some of the new and younger voices they`re hearing," said Bret Niles, the Democratic Party chairman in Linn County, Iowa.

Biden`s age, ideology and record already are drawing scrutiny. If elected, he would be 78 when he was sworn in.

"Joe Biden is too old," said Mary Donough, 60, a Democrat from Des Moines, Iowa, who plans to participate in her state`s crucial primary caucus next year and wants a younger candidate to challenge Trump.

"There is just more energy there," she said.

Biden`s backers will argue his age represents experience, said a former aide who asked to speak on background in order to explain internal talking points.

The Democratic Party undoubtedly has moved left since the last time Biden appeared alone on a ballot in 2008, when he was re-elected to the Senate by Delaware voters for his seventh term.

“Times have changed," said Adam Green, chairman of the Progressive Change Campaign Committee. “Does he meet the moment?"

Green, whose group supports the candidacy of US Senator Elizabeth Warren, lumps Biden in with white, male, moderate Democrats who have faltered in recent elections, like Phil Bredesen, who lost his US Senate race in Tennessee last year.

Biden also will have to answer for his record.

He chaired the 1991 confirmation hearings for Supreme Court Justice Clarence Thomas and was criticized for not doing enough to protect Anita Hill, who accused Thomas of sexual harassment. Biden has since apologized and said he should have done more to shield Hill from attacks by Republicans.

Unions remain unhappy about the free-trade deals advocated by the Obama administration, and liberal progressive groups point to the bailout of Wall Street banks during the financial crisis that provided no help to distressed homeowners.

Sharon Holle, who has been working to organize for Biden in Iowa ahead of his decision, argued his experience would appeal to Democrats nervous about the country`s direction under Trump.

"People are scared," Holle said. "We`re in a crisis right now. We need somebody we can trust."