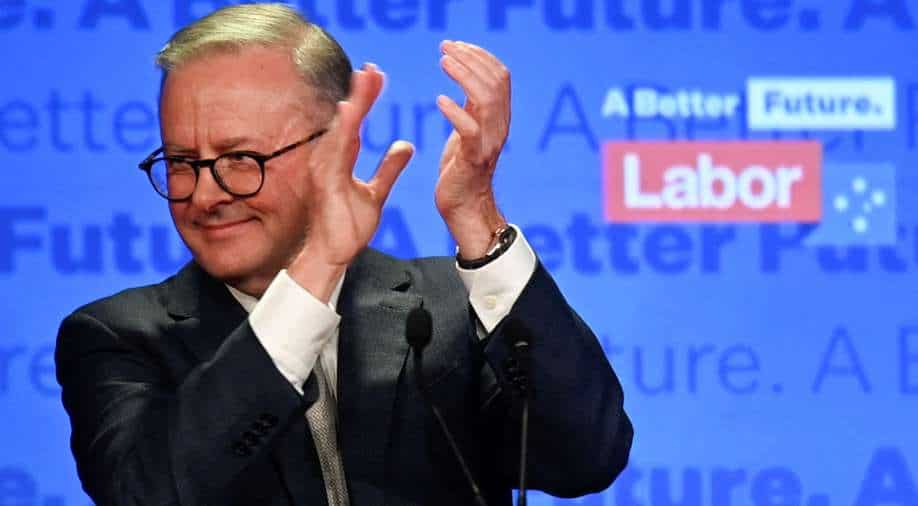 Anthony Albanese has promised to end "climate wars" and cut carbon emissions by 43 per cent by 2030. The new government has promised to boost renewables and electric cars including solar power and battery projects.

"The Australian people have voted for change. I am humbled by this victory," the Labor leader said. After claiming victory, Albanese announced he would be attending the Quad meeting with US, Japan and India in Tokyo on Tuesday.

Who is Anthony Albanese?

Albanese was first elected to the Australian Parliament in 1996 and was a minister after Labor leader PM Rudd registered victory in 2007. Albanese who belongs to a working-class background said soon after announcing victory in the polls that he wants to "unite the country".

Albanese,59, is known as a person who can work through conflicts as his own party was saddled with controversy during the 2007 to 2013 tumultuous years with the leadership crisis damaging the party.

He was elected president of the youth wing of the party Young Labor at the age of 22 and worked under former PM Bob Hawke as a research officer.

Anthony Albanese had a tough childhood as he was raised by his mother. He reportedly reconciled with his father Carlo Albanese later in life who died in 2014.

Albanese as a leader:

Albanese is known in political circles as a leader who can get things done and someone who can unite people for a cause. Pragmatism and social justice have been his prime goal.

He has promised to end "climate wars" and cut carbon emissions by 43 per cent by 2030. The new government has promised to boost renewables and electric cars including solar power and battery projects.

The Labor leader has also promised to ensure indigenous rights and to give indigenous campaigners a voice in the Parliament.

In foreign policy, Albanese has vowed to support for the AUKUS alliance and to boost ties with the United States including strengthen relations with countries in the Asia-Pacific region.