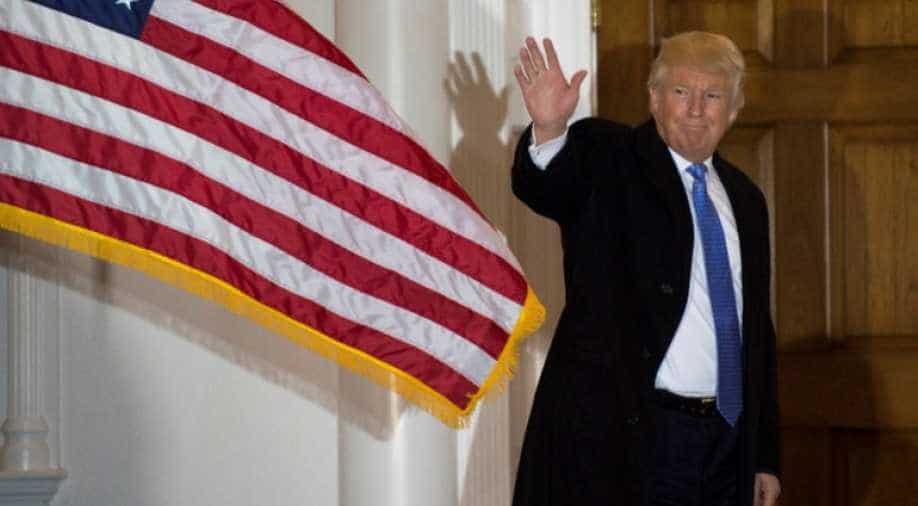 The rare step by the US allowed the measure to pass by a vote of 14 in favour in the 15-member council. Photograph:( AFP )

US President-elect Donald Trump on Friday vowed that the country's policies at the United Nations will change after he takes office.

"As to the UN, things will be different after Jan 20th," he said on Twitter, referring to the date of his inauguration.

The tweet came after the United States refrained from vetoing the adoption of a Security Council measure calling on Israel -- its closest Middle East ally -- to halt settlement activities in Palestinian territory.

The rare step by the US allowed the measure to pass by a vote of 14 in favour in the 15-member council.

The resolution demands that "Israel immediately and completely cease all settlement activities in the occupied Palestinian territory, including East Jerusalem".

It states that Israeli settlements have "no legal validity" and are "dangerously imperilling the viability of the two-state solution" that would see an independent Palestinian state coexist alongside Israel.

Trump, who campaigned on a promise to recognise Jerusalem as Israel's capital, had bluntly said Thursday that Washington should use its veto to block the resolution.

"As the United States has long maintained, peace between the Israelis and the Palestinians will only come through direct negotiations between the parties, and not through the imposition of terms by the United Nations," he said in a statement.

Trump has chosen as ambassador to Israel the hardliner David Friedman, who has said Washington will not pressure Israel to curtail settlement building in the occupied West Bank.