Watch: After $300 mn aid is cut off, Pakistan says US owes it the money 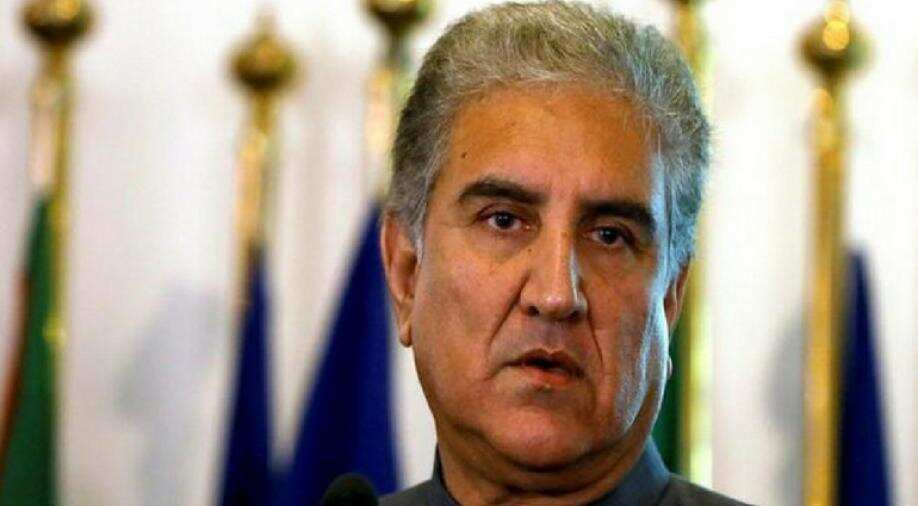 Pakistan claimed Sunday that the US $300 million aid the Pentagon has decided to cancel is not military aid but money the US owes Islamabad for its support to the war on terror and that it is supposed to reimburse it.

Foreign Minister Shah Mehmood Qureshi said the matter would be taken up during Secretary of State Mike Pompeo's upcoming visit to the country.

The US $300 million is neither aid nor assistance, it is the money Pakistan spent from its resources against militants and in the war against terrorism. This is the money they (US) are supposed to reimburse, but now either they are not willing or unable to pay back, he was quoted as saying by the BBC Urdu. He said the US should in principle pay back the money to Pakistan because it was spent for a common objective — to defeat militancy and create peace and stability.

Pak Foreign Min SM Qureshi said,"USD 300 million (from US) is neither aid nor assistance.This came under coalition support fund.We spent this money from our own resources for shared goal of war against terrorism.They are supposed to reimburse it but till now they haven't."(2Sept) pic.twitter.com/QQOCbmnfab

The Pentagon has announced that the US will cancel USD 300 million in military aid to Pakistan over its failure to take "decisive actions" to support President Donald Trump's new South Asia policy and act against terror groups like the Haqqani network and Lashkar-e-Taiba. The announcement comes just days before Pompeo is due to visit Pakistan to meet the country's new prime minister Imran Khan. The US and others have long complained that Pakistan provides safe haven to militant networks, allowing them to carry out cross-border attacks in Afghanistan.

The Pentagon's move, which needs to be approved by the US Congress, is part of a broader suspension of aid announced in January. To a question about options for Pakistan to get the stopped funds, Qureshi said Pakistan will talk to the US because the money was already spent by Pakistan. If they don't want to reimburse for future spending, it may be different thing. But morally and in principle, they should reimburse what we spent in the past, he said.

He said Pakistan welcomes the forthcoming visit of Pompeo on September 5 as it will help to understand each other's point of view. There are two sides of a picture. They (US) are showing only one side of it we will show the other side, he said. He added that there is a trust deficit between Pakistan and the US but the government wants to improve the ties and build trust between the two countries.

US President Donald Trump since assuming office has been tough on Pakistan over its inaction against terror groups, saying Washington has got "nothing but lies & deceit" in return for millions of dollars in aid over the years. Trump in August last year unveiled his new South Asia policy and asked Pakistan to do more against such groups.