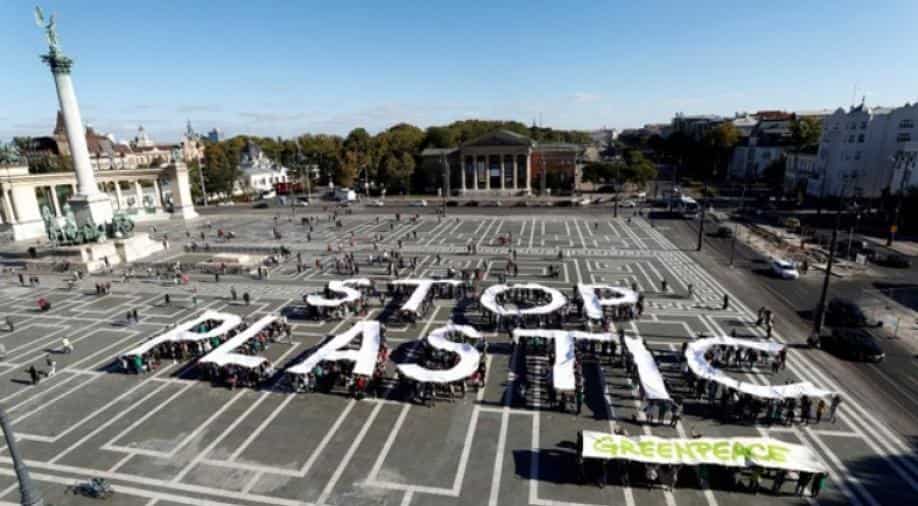 The organisers, including Greenpeace and a number of Dutch groups, said around 40,000 turned out for the demonstration, the first of its kind in the Netherlands.

Tens of thousands of people marched through the heavy rain in Amsterdam Sunday, calling on the Dutch government to act to counter the effects of climate change.

The organisers, including Greenpeace and a number of Dutch groups, said around 40,000 turned out for the demonstration, the first of its kind in the Netherlands.

"The high turnout is the proof that people now want a decisive policy on climate from the government," they said in a statement.

The Netherlands is particularly vulnerable to the consequences of climate change, as part of the country lies below sea level and some of its lands has been reclaimed from the sea.

"We are under sea level, so we really need to do something about it," said one demonstrator, Esther Leverstein, a 21-year-old climate studies student at Amsterdam University.

"We're great with water (management) but we need to step up our game."

Gert van Rees, a 72-year-old pensioner, said she was concerned for future generations.

"We have seven grand-children and sometimes we are really worried. So that's why we are here, it really should change."

In February, around 15,000 school students skipped school to march for action on climate change, following the example of their fellow students across the border in Belgium.

A second youth march for the climate is scheduled for Thursday in Amsterdam.