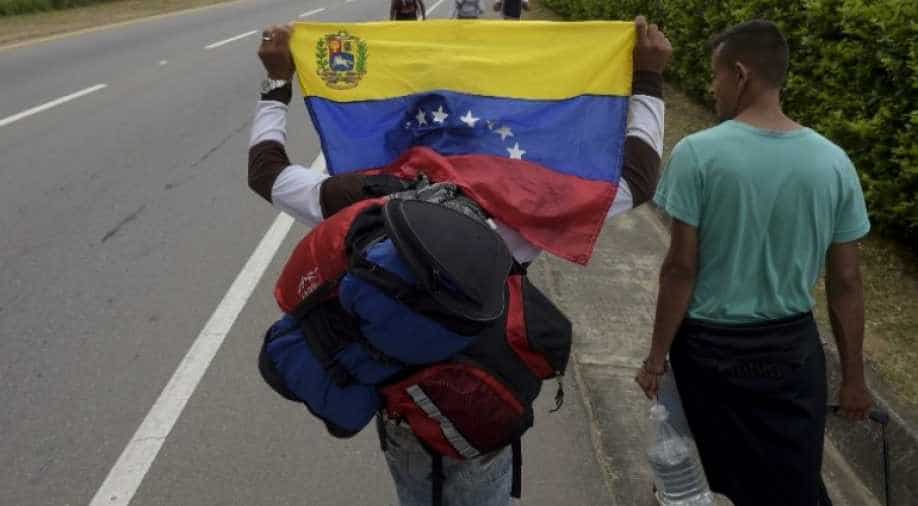 The total number of Venezuelans living outside the country is expected to hit 5.3 million by year's end, according to the UN.

An estimated 2.7 million people have left Venezuela since 2015, the UN said Friday, warning that the exodus amid a devastating political and economic crisis looked set to continue "unabated."

The figure from the United Nations refugee agency (UNHCR) marks an increase from December when 2.3 million people were estimated to have fled the country.

UNHCR and the UN migration agency IOM said in a joint statement that an average of 5,000 people left Venezuela every day in 2018, noting that neighbouring countries especially Colombia have taken on most of the burden.

"These figures underscore the strain on host communities and the continued need for support from the international community, at a time when the world’s attention is on political developments inside Venezuela," Eduardo Stein, joint UNHCR-IOM Special Representative for Venezuela, said in a statement.

UN agencies have estimated that 3.4 million Venezuelans are currently living abroad, a figure that includes those who left before President Nicolas Maduro's government was engulfed in crisis.

The total number of Venezuelans living outside the country is expected to hit 5.3 million by year's end, according to the UN.