Watch: Amid lockdown, this Chinese woman is stuck in blind date's house and he is 'mute as a mannequin' 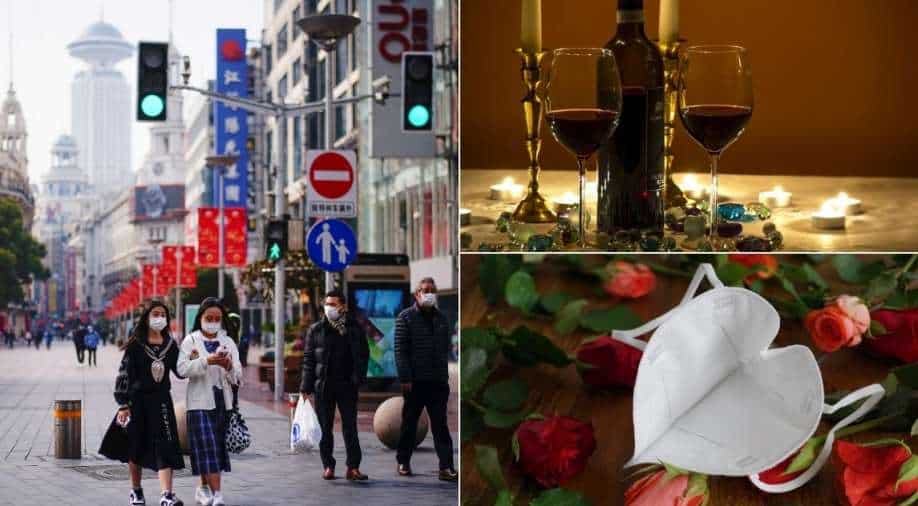 The woman posted video diaries on social media without disclosing the identity of the man in the videos. Photograph:( Others )

Chinese woman documented her life in videos after she was stuck in a citywide lockdown, where she was on a blind date

Ever been on a blind date? If yes, remember how was it? Can smile if was good, can laugh if it wasn't but what if it had continued for days? Yes, it happened to a woman in China, whose story about a blind date went viral as a citywide lockdown was imposed when she was on a dinner date.

After getting stuck in the central Chinese city of Zhengzhou amid coronavirus (COVID-19) lockdown, a Chinese woman named Wang posted video diaries on WeChat documenting her life, without disclosing the identity of the man in the videos. She even didn't mention her age.

Restrictions were imposed in Zhengzhou by authorities after reports of Covid cases emerged. As per the latest data by AFP, over 100 virus cases have been reported there since last week.

ALSO READ | 'It was a forced apology': Netizens slam Boris Johnson for 'bring your own booze' party at Downing Street

China battles to contain multiple local outbreaks of the Delta and Omicron variants and parts of Zhengzhou were abruptly placed under lockdown.

"Just after I arrived in Zhengzhou, there was an outbreak and his community was put under lockdown and I could not leave," Wang told Shanghai-based outlet The Paper on Tuesday.

"I'm getting old now, my family introduced me to ten matches... The fifth date wanted to show off his cooking skills and invited me over to his house for dinner," she added.

"Besides the fact that he's as mute as a wooden mannequin, everything else (about him) is pretty good," Wang told The Paper, adding that despite his food being "mediocre", he's still willing to cook, which she thinks is great.

Related hashtags have racked up over six million views on the Twitter-like social media site Weibo by Wednesday. However, Wang said the recent surge in online attention prompted her to remove the videos.

"Friends have been calling him and I think this has definitely affected his life, so I have taken them down for now," she said in a video posted Tuesday that was widely republished in Chinese local media.

"Thanks everyone for your attention... I hope the outbreak ends soon and that my single sisters also find a relationship soon," she added.