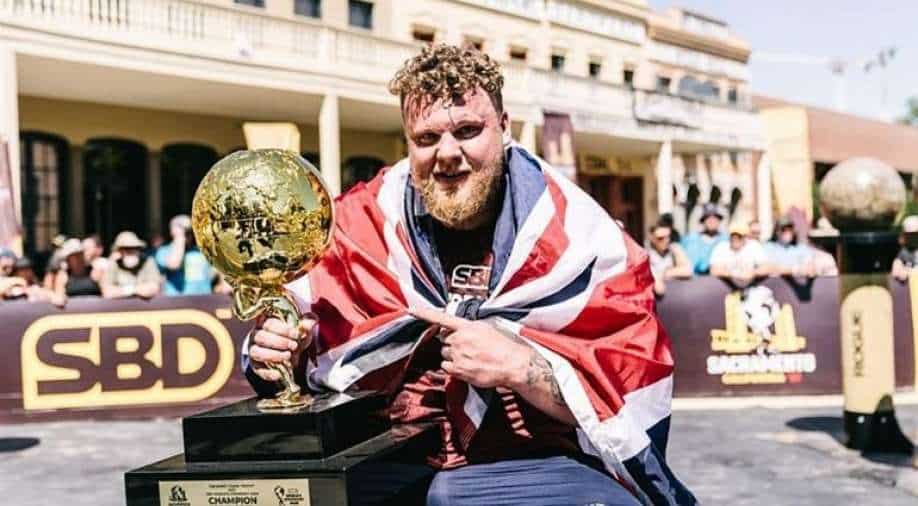 In this picture, Tom Stoltman can be seen with the trophy of world's strongest man Photograph:( Twitter )

Stoltman has shared that he was diagnosed with the disorder at the age of five.

In an interview with The National, he said: ''I wanted to make it a bit more vocal, just to let people know I’m not shy, I’m not awkward, it’s just that this is what I’ve got and this is how I live with it. I still struggle with it sometimes, I take a lot more time than other people to get some things processed and I’m still kind of nervous about new things.''

“I always wanted to be successful for the people that have additional needs. I’ve done a lot of talks on it and I want everyone to know that, just because we’ve got a label on our heads, it doesn’t mean that you are different from anyone else, we’ve just got that additional hurdle we have to get over,” he added.

He has become the first man from Scotland to win the 'World's Strongest Man' and the fifth British person to do so.

Stoltman picked up the fifth and final Atlas Stone, a 210 kg spherical behemoth with relative ease even though it is slightly heavier than an upright piano.

Describing the winning moment he said, "We kinda dropped to our knees and said a few things. That was the most special moment ever."

Stoltman's usual calorie intake is over 10,000 and he wears size 17 shoes. He is six foot, eight inches tall.

The World’s Strongest Man event has been running since 1977. The competition has eight of the world’s strongest men battle against each other in different challenges.