World number one Naomi Osaka knocked out of French Open 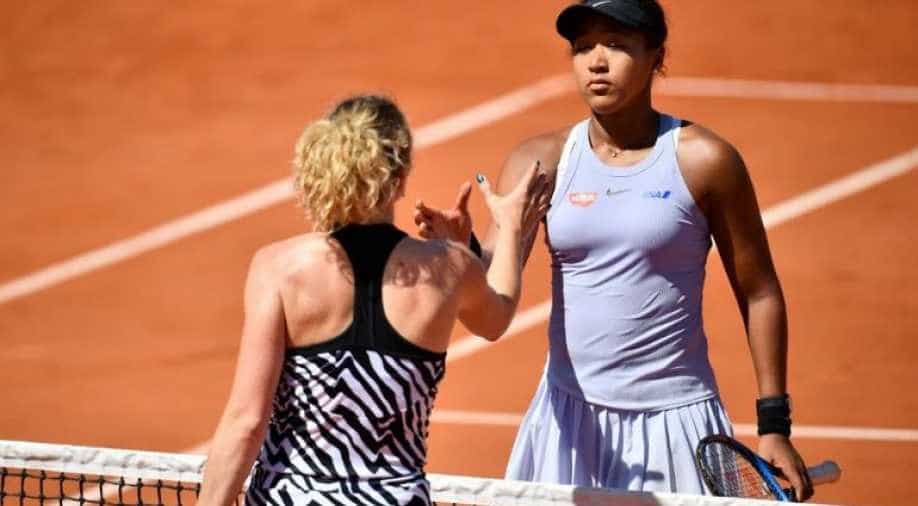 Osaka, the reigning US and Australian Open champion, crashed to a 6-4, 6-2 defeat to the 42nd-ranked Czech

World number one Naomi Osaka's hopes of winning a third successive Grand Slam ended Saturday when she was knocked out of the French Open in the third round by unheralded Katerina Siniakova of the Czech Republic.

Japanese top seed Osaka, the reigning US and Australian Open champion, crashed to a 6-4, 6-2 defeat to the 42nd-ranked Czech.

Osaka was undone by a shocking 38 unforced errors as she finally ran out of luck in Paris having had to come back from a set down in her first two matches.

"It's amazing, I can't believe it, I am so happy now," said Siniakova, who was the women's doubles champion in Paris in 2018 alongside Barbora Krejcikova.

"I played my best tennis and I hope it continues."

Osaka dropped the first set for the third successive match at the tournament, squandering seven break points in all.

Siniakova made her pay, breaking for 5-4 and taking the opener when Osaka sent back her 16th unforced error of the set.

The Czech, who is the world's number one doubles player, kept up the pressure on the misfiring top seed, breaking for a 3-2 lead in the second set.

Siniakova backed it up with another break for 5-2 off Osaka's third double fault of the match.

Victory was hers on Court Suzanne Lenglen when Osaka unleashed another misguided forehand.

The Czech goes on to face either Madison Keys of the United States or Russian qualifier Anna Blinkova for a place in the quarter-finals in what will be her first appearance in the last 16 of the majors.

Despite being seeded top for the first time at a Slam, the 21-year-old Osaka had never looked convincing in Paris.

She was two points away from defeat in the first round against Anna Karolina Schmiedlova and came back from a set and break down to see off Victoria Azarenka in round two.

Her defeat also means that only four of the top 10 seeds in the women's singles are left in the tournament.