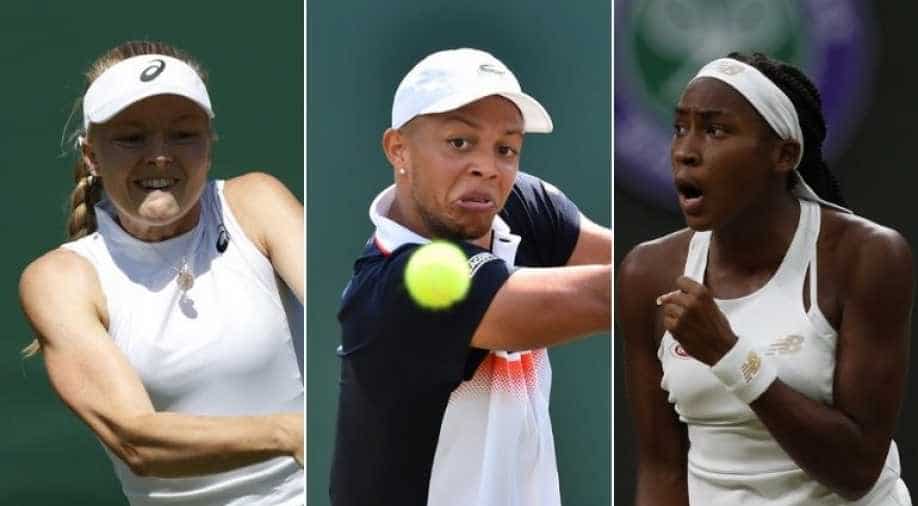 Clarke said Gauff, known as Coco, had contacted him and asked him if he could partner her

Dart received a text from Clarke, saying he was switching partners ahead of the mixed doubles opening round on Thursday.

"Essentially due to the timing, I wasn't able to find another partner in the time period available," Dart, who plays singles on Thursday against Brazilian Beatriz Haddad Maia, told the Daily Mail.

"I did ask a number of people but a lot of them were set up and that's it. I think you should ask Jay about his reasons, that's all I want to say."

The 15-year-old Gauff has made waves at Wimbledon after becoming the youngest player in the professional era to qualify for the main draw before beating Venus Williams and 2017 semi-finalist Magdalena Rybarikova to reach the third round.

Clarke said Gauff, known as Coco, had contacted him and asked him if he could partner her.

"I've known Cori for a few years now, we got in contact and she asked me to play," Clarke said. "That was tough, I had to let her know because I saw the pairs that had signed in, and I was (thinking) 'am I even going to get in?'"

"I think it's the worst decision I have had to make especially mid-tournament. I didn't sleep too well the night before I played Noah (Rubin in a first-round singles match) but hopefully, she understands why I did it. I'm sorry for her it happened."

Clarke plays Roger Federer in a second-round singles match later on Thursday before teaming up with Gauff to face Robert Lindstedt and Jelena Ostapenko in the mixed doubles first round on Friday.