'We have to lift ourselves': Pakistan's Wahab Riaz calls for World Cup unity 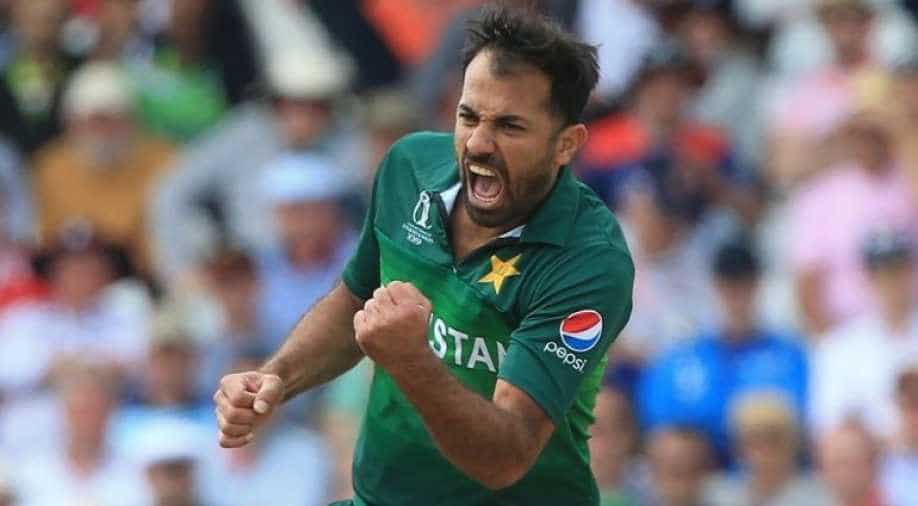 Wahab Riaz called on Pakistan's World Cup strugglers to stick together as they prepare to face South Africa in a must-win game at Lord's on Sunday.

Pakistan have only three points from five games and to make the semi-finals they are likely to need to win their four remaining games and improve their net run-rate while hoping other results go their way.

Pakistan pace-man Riaz insists his team-mates realise the importance of the do-or-die game and he hopes displaying a united front against South Africa will spark a strong performance.

"We have to lift ourselves," Wahab told reporters. "We are each other's strength. We are all good friends and know that only 15 of us can lift the team which not even our family members can do."

Pakistan's defeat against arch-rivals India last weekend sparked a depressing few days, not only for the team but also millions of fans back home.

Team management gave Pakistan's players time off to unwind and come back refreshed after the India game.

And Riaz insisted his team-mates realise the mistakes they have made so far and are determined to make amends.

"Good teams are the ones who realises their mistakes, so we have discussed all those mistakes and a two day break has refreshed us," he said.

But the 33-year-old, who took three wickets in Pakistan's shock win over pre-tournament favourites England, admitted the bowling unit needs to work harder.

"As a bowling unit we are trying hard, We are all focused to do well in the South Africa match. You need wickets upfront in England but we were not getting that," Riaz said.

Riaz singled out middle-order slumps for Pakistan's downfall against Australia and India -- both in chasing 300-plus targets.

"We were going well in batting in both the games but lost crucial wickets and got derailed," said Wahab of Pakistan's collapses.

Pakistan slumped to 160-6 after being 136-2 against Australia, while they lost four wickets in the space of 18 balls and 12 runs against India.