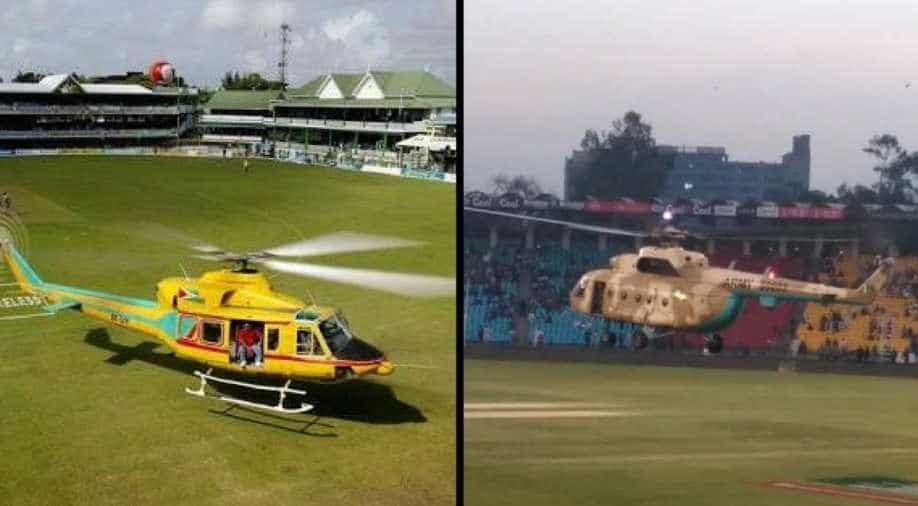 Two army helicopters were employed on Wednesday to dry out the rain-hit wet pitch and outfield before the second eliminator to be played between Karachi Kings and Peshawar Zalmi at Lahore's Gaddafi Cricket Stadium.

In the match, Kamran Akmal knocked a quickfire half-century to take defending champions Peshawar Zalmi into the Pakistan Super League final with a 13-run victory.

The 36-year-old scored a 27-ball 77 studded with eight well-timed sixes and five boundaries to lift his team to 170-7 in a 16-over-a-side game following a rain delay.

Peshawar Zalmi will now meet former champions Islamabad United in the final in Karachi on Sunday.

Helicopter being used to dry Qaddafi stadium for today's match after heavy rain!

Edit: To those criticizing, PSL is a business, it'll be a bigger loss not having a match. Kitnay liter petrol laga hoga? pic.twitter.com/QR5v0gcujv