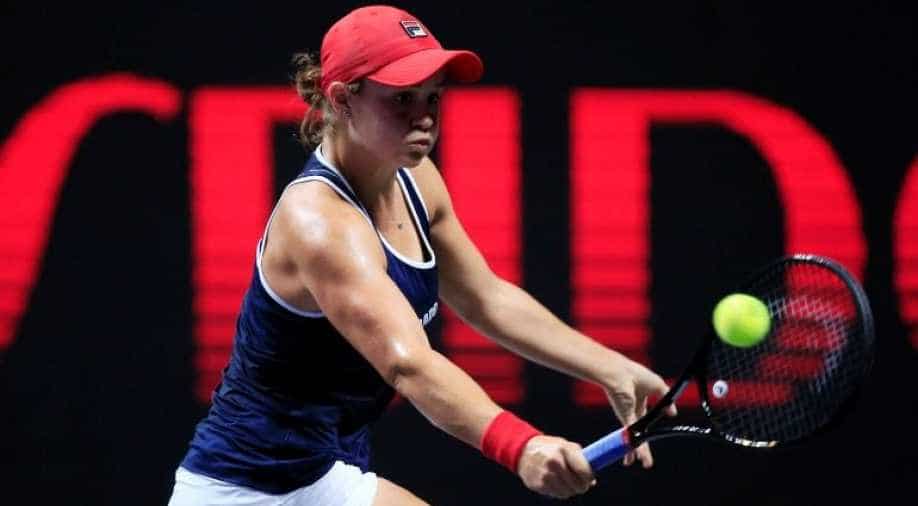 Barty took the first set after breaking Kvitova in the fifth game, using her athleticism and movement around the court to put the Ukrainian under constant pressure.

World number one Ashleigh Barty booked her place in the semi-finals of the WTA Finals on Thursday as the Australian made short work of Petra Kvitova, handing the Czech a 6-4 6-2 defeat.

Barty needed to win to be sure of progressing having won one and lost one of her opening matches, and she did so in style as she dominated to win in 88 minutes against a tired-looking Kvitova, who exits the competition with three straight losses.

"I felt like I executed really well tonight and I think overall I knew I had to come out here and play aggressively and play to win," said Barty.

"It was a really good match tonight and I'm really excited to have another chance to play here on this beautiful court."

Barty took the first set after breaking Kvitova in the fifth game, using her athleticism and movement around the court to put the Ukrainian under constant pressure.

The Australian continued her dominance early in the second set, breaking Kvitova twice in the first three games to establish a winning margin over the Czech, who racked up 31 unforced errors across the match.

Later in the evening, Belinda Bencic joined Barty in the last four after Kiki Bertens withdrew from their meeting after losing the first set to the Swiss.

Bertens, who came into the tournament after the first round as an injury replacement for Naomi Osaka, called for the doctor after losing the opening set and, after a brief consultation, headed for the locker room and a retirement.

"With Kiki, we were fighting a lot for coming here for the eighth spot for the WTA Finals, so it was nice to have a match for the semi-finals," said Bencic.

"But I'm sorry that maybe the gas ran out. It's the end of the season so everyone's exhausted and I wish her the best."

Bertens broke early in the opening set and surged ahead, only to surrender her own serve in the 10th game to allow Bencic to pull level.

The Swiss went on to claim the first set before an emotional Bertens withdrew.

"I'm super happy with how I fought in the first set, it was not easy," said Bencic.

"She was slowing the pace down well. It was tactically good from her, serving bombs, serving aces so it wasn't easy.

"But I'm happy with how I played and how I fought and I'm excited to be in the semis."