Too much pressure can be 'dangerous' for Chelsea's Hudson-Odoi, says Maurizio Sarri 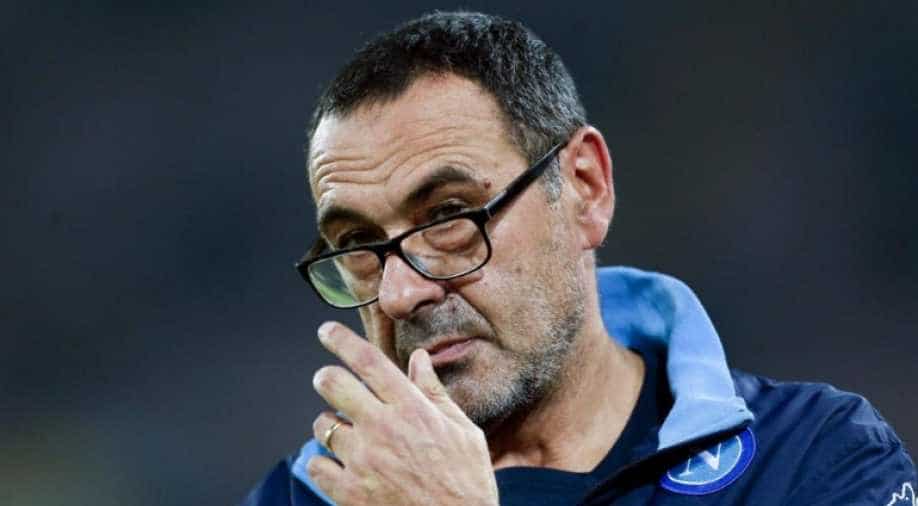 Hudson-Odoi came off the bench to score a late goal in Chelsea's 3-0 win over Dynamo Kiev in the first leg of their Europa League last-16 clash on Thursday.

Chelsea manager Maurizio Sarri needs no convincing about winger Callum Hudson-Odoi's immense potential but said he is reluctant to put too much pressure on the teenager as it could prove "dangerous" for his development.

Hudson-Odoi, who emerged as a transfer target for German giants Bayern Munich in January, came off the bench to score a late goal in Chelsea's 3-0 win over Dynamo Kiev in the first leg of their Europa League last-16 clash on Thursday.

Supporters were chanting for Hudson-Odoi to be brought on before the 18-year-old, who has not been able to break into the first team this season, was introduced with 12 minutes remaining.

"He doesn't have to do anything to convince me. He's a very great player. In my opinion, a player at 18 years old cannot be at the top. He needs to improve until he's 22 or 23," Sarri told a news conference.

"To have pressure when you're 18 is dangerous. You can lose (sight of) the target. When you're 18 the target is to improve tactically, mentally and physically. I don't like to speak about him for this reason.

"Now he needs to improve without the pressure of the media, the fans and the club, but he is in my mind for every match."

The win put Chelsea in a strong position to reach the quarter-finals of Europe's second-tier club competition but Italian Sarri warned his players against complacency ahead of the return leg in Kiev next Thursday.

"Now we have to be careful. We have to go there with a good level of application and determination if we want to qualify," Sarri added.

"If you concede a goal you can go mentally in trouble. We have to go there with the right level of attention."