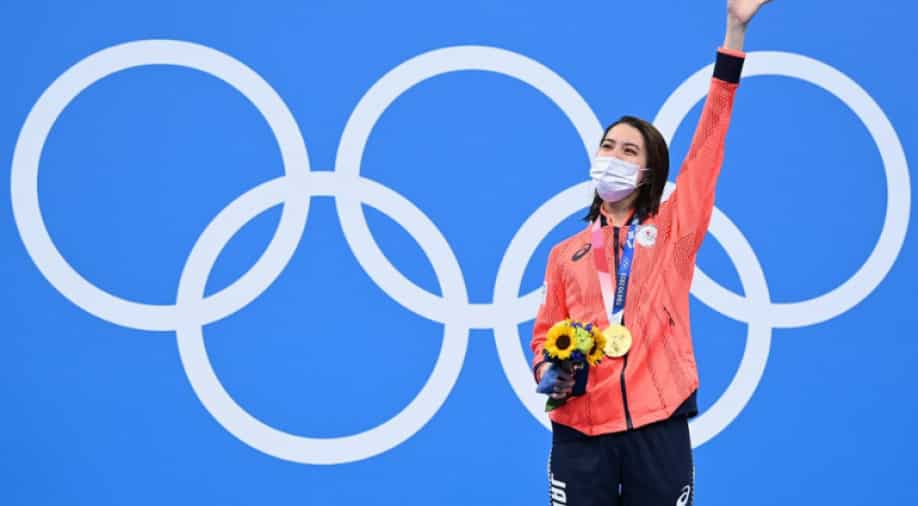 Japan's Yui Ohashi dominated the women’s 400m medley on Sunday, with the 25-year-old winning gold and beating off competitors including world-record holder Hungary's Katinka Hosszu who has presided over the event for the past eight years.

Ohashi accelerated her lead in the breaststroke leg, giving her an extra edge to beat Americans Emma Weyant, who took the silver medal, and Hali Flickinger, who picked up the bronze.

Wiping away tears as she stood on the podium, Ohashi lifted her gold medal and bouquet of flowers, beaming at her team in the mostly empty stands.

“It doesn’t feel real. It is like a dream for me. I couldn’t go to the Rio Olympics, so for the past five years this became a big dream for me," she said. "This accomplishment is amazing for me."

Ohashi said she had previously contemplated stopping competitive swimming but was able to leverage her experience over the past five years to succeed in Tokyo.

"After the heats yesterday, I thought I might be able to win a gold medal but I didn’t want to think about things too much and I just wanted to focus on my race."

"I just wanted to swim my race and I think that is the biggest reason why I was able to win that gold medal," she said.

"I really felt like I gave it my all."