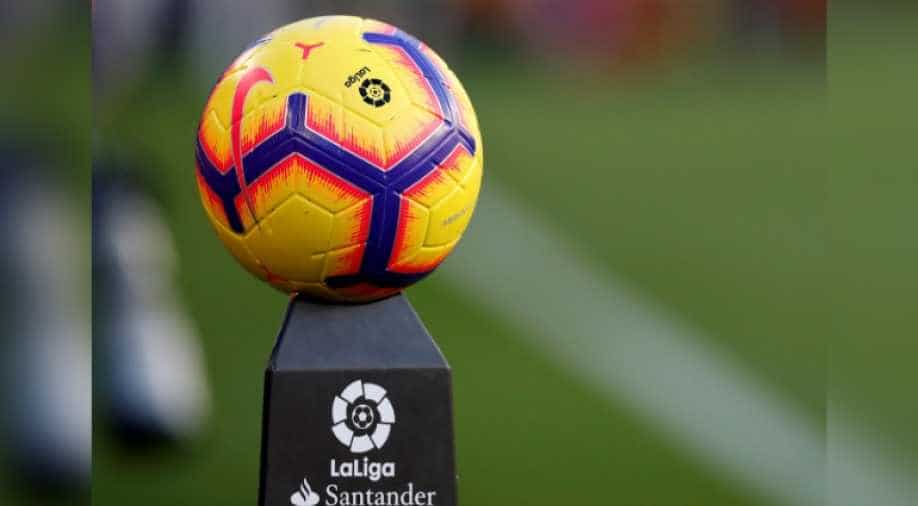 In the points table, Barcelona were leading arch-rivals Real Madrid by two points after 27 matches when the league was suspended due to COVID-19 outbreak.

Following German Bundesliga, Spanish top-flight football league La Liga is set to resume services from June 11 with some mouth-watering fixtures ready to enthral the fans of the beautiful game. La Liga 2019-20 season was halted mid-March due to COVID-19 outbreak but now it is ready to get back to life.

In the table, Barcelona were leading arch-rivals Real Madrid by two points after 27 matches when the league was suspended due to COVID-19 outbreak.

The 2019-20 La Liga season will kickstart with the local derby between Sevilla and Real Betis on June 11. Barcelona will host Leganes on June 16 with Valencia locking horns with Real Madrid on June 18. La Liga has released schedules for the first two rounds of fixtures. Meanwhile, La Liga boss Javier Tebas has confirmed that there will be matches every day of the week until the season is finished on July 19.

There are reports stating that Real Madrid will play their home matches at 6.000-capacity training ground while the renovation work continues at the Santiago Bernabeu.

"Fans make football so special and as they cannot be in the stadiums we have created this initiative so they can play a part in the return of the competition and show their support for the heroes of COVID-19," Tebas told television network Movistar.

Meanwhile, Premier League is set to resume on June 17 and Serie A will be kicking off on June 20.