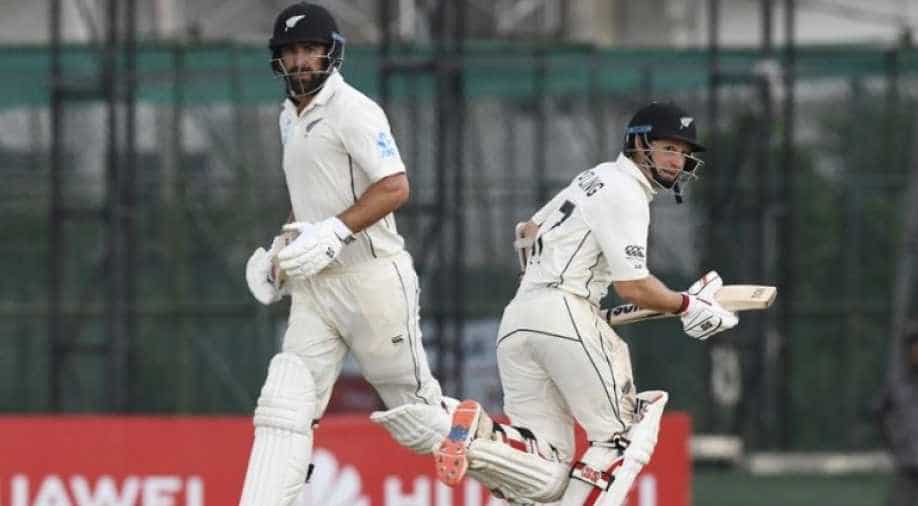 De Grandhomme scored 83 in an unbeaten 113-run stand for the sixth wicket with Watling, who finished the day on 81

Contrasting half-centuries from BJ Watling and Colin de Grandhomme helped New Zealand lead by 138 runs in their first innings against Sri Lanka on day four of the rain-hit second Test on Sunday.

Only 48 of the scheduled 98 overs were possible as New Zealand reached 382 for five at stumps. The tourists resumed the day on 196-4.  The first session was washed out by  rain and a wet outfield at Colombo's P. Sara Oval.

De Grandhomme scored 83 in an unbeaten 113-run stand for the sixth wicket with Watling, who finished the day on 81.

Watling also played the supporting role in an earlier partnership of 143 with Tom Latham, who hit 154.

Off-spinner Dilruwan Perera broke the marathon stand after trapping Latham leg before on a delivery that pitched and hurried on to the batsman's pad.

Latham, who started the day on 111, registered his fifth 150-plus score in Tests. His career-best 264 not out also came against Sri Lanka in Wellington last year.

Watling, who started the day on 25, played a patient knock during his 208-ball stay.

Sri Lanka were without captain and opening batsman Dimuth Karunaratne, who strained a muscle of his left leg and will be unable to bat until the fall of the fifth wicket, and wicketkeeper Niroshan Dickwella.

Angelo Mathews is the stand-in-captain and substitute Dinesh Chandimal is keeping wicket in the absence of Dickwella, who sustained a cut on the little finger of his left-hand on day three.

Sri Lanka, who lead the two-match series 1-0, made 244 after electing to bat first in a match that has witnessed numerous rain interruptions.

The Kane Williamson-led New Zealand will be looking to bat only once and then let their pace duo of Tim Southee and Trent Boult have a crack at the Sri Lankan batsmen in a bid to square the series.

Latham said he was waiting to see the weather conditions before deciding what score to declare on.

"The way Colin came out and played in that last session was outstanding for us. To put us in a position is really good," he told reporters.

"Hopefully we can put some runs on the board and bowl at some stage and put Sri Lanka under pressure."

It was Latham's fourth hundred against Sri Lanka and one of the hallmarks  was the confidence with which he played the spinners.

"Stick to low percentage of shots for certain bowlers and use the feet and play the sweep shot often. Just managed to do that.

"Playing in New Zealand is complete different. Little bit more down the ground and in these conditions playing square of the wicket is good."

Sri Lanka have lost five of their last seven Test matches at The Oval.