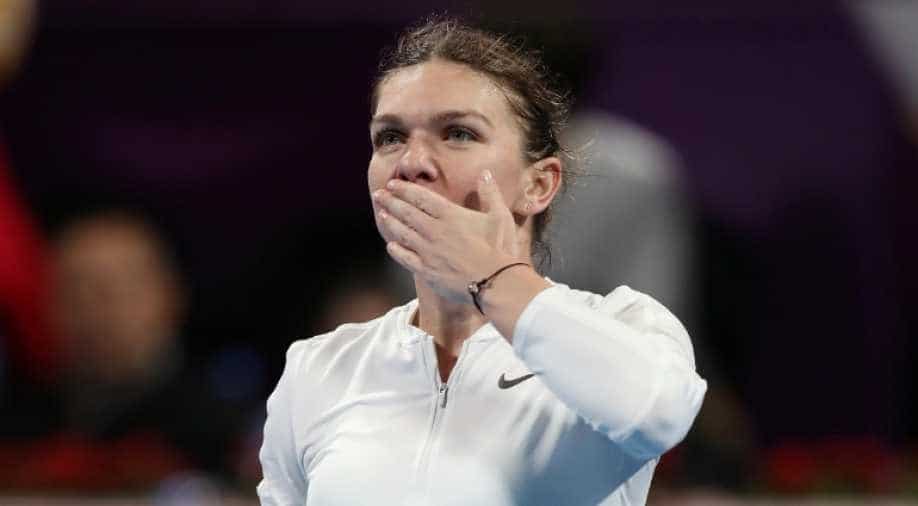 Halep made an aggressive start and claimed an early break with a scorching backhand winner to set the tone for the evening.

Top seed Simona Halep came back from 4-1 down in the deciding set to beat Elina Svitolina 6-3, 3-6, 6-4 in the Qatar Open semi-final on Friday, marking her first victory over the Ukrainian in nearly two years.

Halep made an aggressive start and claimed an early break with a scorching backhand winner to set the tone for the evening.

The Romanian clinched the opening set before WTA Finals champion Svitolina upped her aggression from the baseline to snatch a break for 2-1 lead in the second set.

After bagging the second set, Svitolina claimed an early break again in the final set, while also frustrating her opponent with her relentless court coverage.

Seeking another break of serve to close out the match, Svitolina came out on top in several high-octane rallies during an eight-minute sixth game and held three break points for a 5-1 lead in the final set.

But Halep summoned her powers of recovery to fend off all three points and went on to clinch five straight games en route a remarkable victory.

Halep last defeated Svitolina in the 2017 French Open quarter-finals, and since then had not won a set in their following three encounters.

The 2014 Doha champion was pleased to set the record straight to move into her first final of the season.

"I'm happy because I didn't give up... The two finals that I played against her in Rome I gave up and I was not ready to fight," said Halep, who will face unseeded Belgian Elise Mertens in Saturday's final.

"Now I change that, and it makes me happier, because I showed myself that I'm able to do that."

"The mental part is really important... but definitely today I was stronger physically as well, because against Svitolina (it) is never easy to win a match. She's very strong on the legs."

Mertens scored her second top 10 victory of the week as she battled past three-times Grand Slam champion Angelique Kerber 6-4, 2-6, 6-1.

Mertens, who defeated fifth seed Kiki Bertens in the quarter-final, has failed to win a set against Halep in her previous two meetings -- both on clay last year.