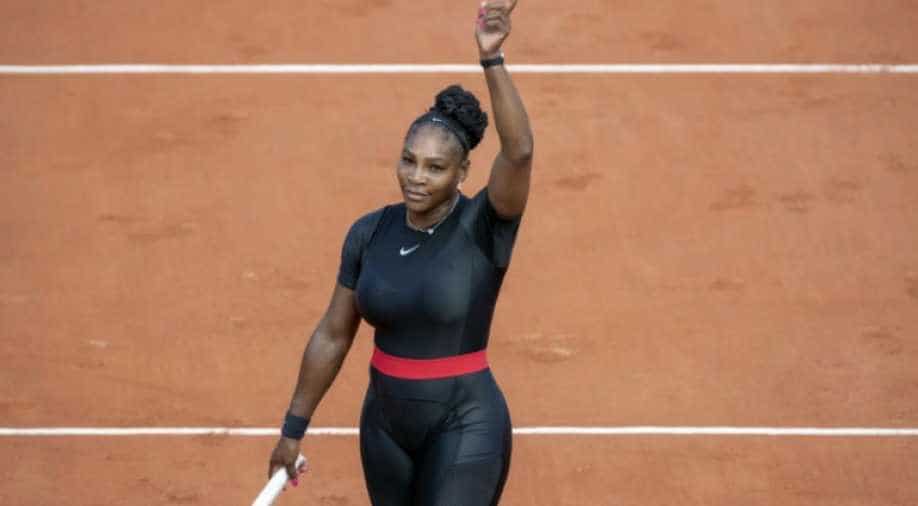 Serena added the fun fact behind the 'superhero suit' and said, "I feel like a warrior wearing it, a queen from Wakanda (Wakanda is a fictional character of Black Panther movie) maybe." Photograph:(Reuters)
Follow Us

Serena Williams crushed older sister Venus 6-1 6-2 in a shockingly subdued third round clash at the US Open on Friday to stay on track for a record-equalling 24th Grand Slam title.

The meeting between the famed tennis siblings had been hyped as the biggest night of the US Open but turned into a flat, uninspired spectacle as Serena simply outclassed her sister.

The only moment of suspense in a contest all but devoid of drama came in the second game when Serena rolled over on her ankle, drawing gasps from the sellout crowd.

Serena was able to continue but at the first changeover called a medical timeout and had her ankle heavily strapped.

In the end, though, the only pain being felt was by Venus, who suffered the equal worst defeat in 30 matches against her sister.

Seven times a Grand Slam winner, Venus held her opening serve but it was all downhill from there as a ruthless Serena swept through the next seven games to take the opening set in a breezy 31 minutes and a 2-0 lead in the second.

Venus would stop the skid holding her serve at 2-1 before Serena resumed the mugging by building a 5-1 lead before finishing off her sister with a thumping forehand winner.

The win was met with polite applause, a hug at the net otherwise their was no evident joy in the outcome.