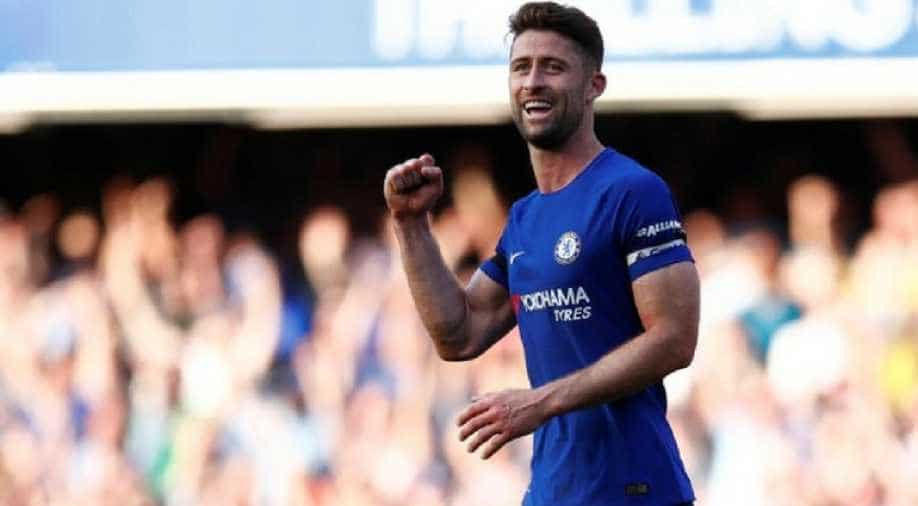 Chelsea's 1-0 win over Liverpool on Sunday shows they have rediscovered the kind of work ethic it takes to get results in the Premier League, defender Gary Cahill said.

Chelsea's victory over the Champions League finalists was their fourth league win in a row and Antonio Conte's side are now within touching distance of a top-four finish with two league games remaining.

They face Huddersfield Town on Wednesday and Newcastle United on Sunday.

Chelsea are fifth on 69 points, two points behind Tottenham Hotspur and three points behind Liverpool, who have played a game more.

Cahill said keeping the Liverpool trio of Mohamed Salah, Sadio Mane and Roberto Firmino off the scoresheet on Sunday was a major accomplishment.

"We did well against a front three who've been absolutely fantastic," Cahill added.

"We defended fantastically well as a team and to get a clean sheet against those three, who are top players and can hurt you time and again, was great."