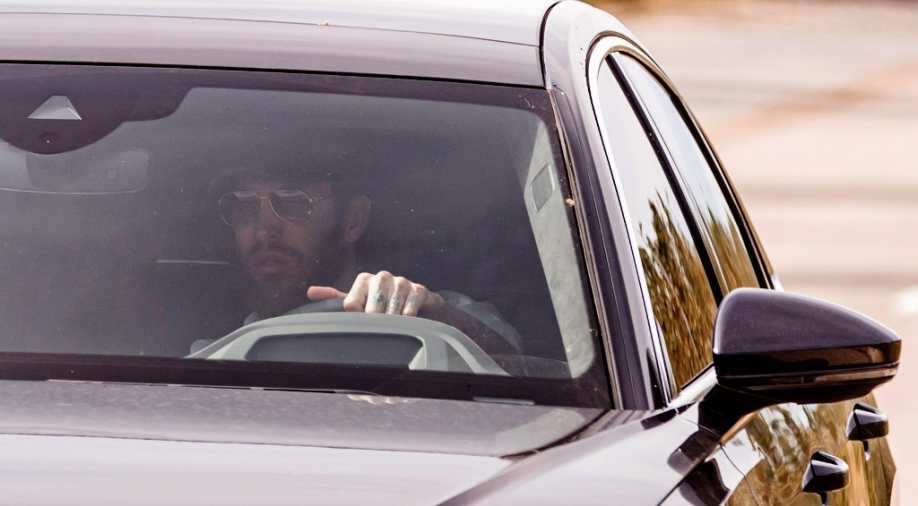 Real Madrid's players returned to work at the club's training ground on Monday ahead of the planned resumption of La Liga next month.

Real Madrid's players returned to work at the club's training ground on Monday ahead of the planned resumption of La Liga next month.

After finding no positive cases from tests for coronavirus last week, Madrid's players arrived at Valdebebas to train for the first time in two months.

Madrid were one of the first clubs to go into quarantine after a basketball player tested positive for coronavirus on March 12, the same day La Liga suspended all competitive fixtures.

But after almost nine weeks training at home, Zinedine Zidane's players initiated the first phase of La Liga's training programme, that includes players working individually, with a maximum of six on a pitch at once.

"Divided into two rotations and on various pitches, Real Madrid footballers carried out their first individual exercises with and without the ball," the club said in a statement, with several photographs of the players in action.

Eden Hazard was among those pictured running, the Belgian returning after undergoing surgery on his right foot in the United States on March 5.

Thibaut Courtois, Gareth Bale and Marcelo were also training alone while Zidane wore a mask as he gave out instructions.

Madrid preferred to wait until Monday to begin training again, after other clubs like Barcelona, Sevilla and Villarreal resumed on Friday.

Barcelona are two points ahead of Real Madrid at the top of the table.

La Liga's plan is for players to progress through a staggered schedule that will see them train alone, in small groups and then finally in larger team sessions.

The league's president Javier Tebas told Movistar on Sunday night he hopes games might be able to restart behind closed doors on June 12.

Tebas said the remaining 11 rounds of La Liga matches would be played over 35 days, with fixtures on every day over that period.